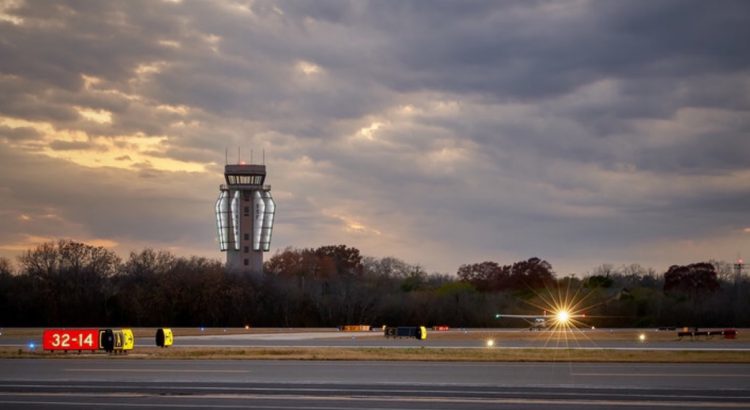 A ribbon-cutting ceremony for a new air traffic control tower at Stinson Municipal Airport in San Antonio was held on March 22nd. The dedication was attended by city and state officials. The new tower’s distinctive design pays homage to over 100 years of aviation history at the airport and highlights San Antonio’s aviation legacy.

The tower’s design is entitled “Wings over Stinson” and has integrated bi-plane wings reminiscent of the early days at Stinson along the sides of the structure. At night the wings will be illuminated ensuring the tower’s iconic look both during the day and at night. Stinson Municipal Airport is the second oldest continuously operated airport in the United States.

Refreshments were available and a mariachi band serenaded the crowd. Attendees were also able to tour the tower.