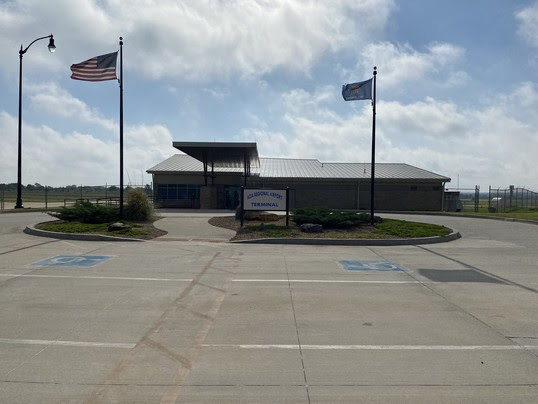 During its May meeting in Oklahoma City, the Oklahoma Aeronautics Commission approved a $184 million Airport Construction Program (ACP) for fiscal years 2023-2027, with a total of 85 airport infrastructure projects serving 57 communities throughout Oklahoma.

“I am thrilled to see this commitment and investment in Oklahoma’s rapidly growing aeronautics industry,” said Governor Kevin Stitt. “This significant upgrade to airport infrastructure will impact communities across the state, and help the state retain and recruit more companies to do business in Oklahoma.”

More than $127 million in federal funds will pay for the majority of the projects based on federal formula funding as well as competitive discretionary projects, while $22.2 million in state grants and $33.7 million in local matching funds will cover the remaining costs.

Through its ACP, the Commission determines funding for airport projects at the 104 general aviation airports across Oklahoma.  While projects are prioritized based on safety, standards, pavement preservation and being aviation business ready, the overall Oklahoma Airport System Plan (OASP) that is approved by the Commission is the long-term planning tool used to identify the network of airports and the infrastructure requirements needed to serve the state. The OASP identifies airports by their functional capabilities and services they provide to the aviation community at large. The ACP allows the Commission, the Federal Aviation Administration (FAA) and airport sponsors to anticipate airport funding needs and accommodate changes in project scope, cost, and schedule based on multi-year planning.

“I appreciate the Commission’s support of the five-year Airport Construction Program, which contains record investments in Oklahoma’s airport system,” Oklahoma Secretary of Transportation Tim Gatz said. “The projects in the ACP will improve the safety, reliability and competitiveness of our aviation infrastructure and continue the great partnerships the state has with all of our airports in rural and urban areas.”

The State Director of Aeronautics Grayson Ardies stated, “We are very fortunate that our aviation industry is recovering at a record pace in Oklahoma and these investments will ensure that we continue on our upward trajectory.  With the state’s leaders investing even more into airport infrastructure our ACP will undergo changes in the upcoming months and years.  We will have the opportunity to invest in new hangars, more terminal buildings and other infrastructure upgrades that will allow our airports to attract new businesses and companies.”

There are many significant projects in the approved ACP, most of which involve FAA discretionary funding directed by the Commission.  Two major projects involve the construction of a new parallel taxiway at Ardmore Municipal Airport and a runway extension at Robert S. Kerr Airport in Poteau. Currently programmed for 2023 is $5.4 million for the next phase of the taxiway project in Ardmore which will help this facility enhance safety and expand its potential for maintenance, repair and overhaul and cargo operations in the future. In 2025, $5.5 million will be invested to extend Poteau’s runway to 5,000 ft to ensure it is ready for business jet aircraft and potential aviation companies.

The Commission will also participate in airport terminal construction projects at El Reno Regional, Guthrie/Edmond Regional, McAlester Regional, Ponca City Regional, Stillwater Regional and West Woodward Airports by providing state grants of $500,000 that require a 50% match from the local community.  These terminal buildings are vital to the economic success of each community’s airport.  They will provide beautiful and functional entryways into those communities for business and recreational travelers using the Oklahoma Airport System.

To see the entire list of projects included in the proposed ACP, please visit the Airport Development page on the Commission’s website at https://oac.ok.gov/