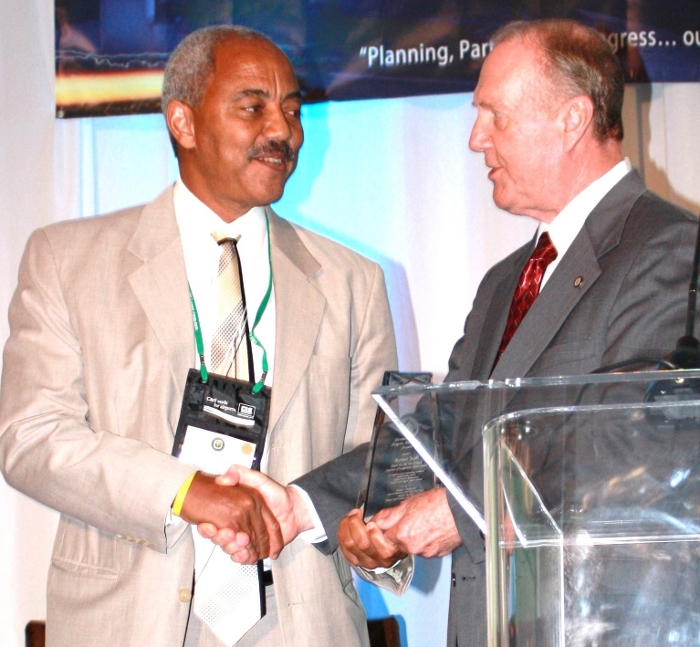 Martinez Jacobs is being honored by the Hawaii State Chapter of the American Heart Association and the Hawaii Department of Transportation for his efforts to get defibrillators installed at Hawaii’s airports.
Jacobs, the Airport Fire Fighting Staff Officer for the Hawaii Airports Division of the Hawaii Department of Transportation, has seen over thirty years of experience at the Honolulu International Airport.
There are currently over 120 automatic defibrillators at 13 airports on six islands. The devices can monitor for deadly irregular heartbeats and shock the heart back to a normal rhythm. Over 1,200 state transportation employees are trained to use defibrillators.
Jacobs is responsible for the overall management and supervision of the statewide Airports Division Fire Programs.  (Photo – Jacobs, left, is being congratulated by William Withycombe, Regional Administrator for the FAA – Western Pacific Region for being selected as the winner of the Herman Bliss award during the FAA’s Wester Pacific Region Airports Conference in June.)