Americans like to think we are a nation of “laws” passed by our elected representatives. We also like to think the Federal Aviation Administration (FAA) puts the safety of the flying public ahead of all other considerations. But the pending, class-action law suit of Brigida vs. the U.S. Department of Transportation shows that, in reality, we are now a nation of “regulations” promulgated by bureaucrats who value “diversity” in hiring over aviation safety.

Instead, the FAA announced its preference to have high school graduates take a “biographical” background examination upon the satisfactory completion of which, the FAA would decide who gets to take the air traffic controller entrance exam. But the questions in the bio-exam were designed to identify those who grew up in urban, minority environments, rather than to identify those who might have an aptitude for air traffic control. 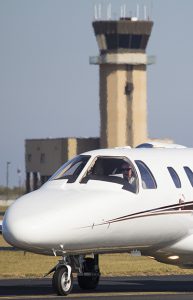 Fortunately, for the 2,000 to 3,000 aviation college graduates negatively impacted by the FAA’s new air traffic controller hiring rules, it appears the FAA has violated the equal protection element of the Due Process Clause of the Fifth Amendment and Title VII of the Civil Rights Act of 1964. Mr. Andrew J. Brigida, who holds two aviation degrees from Arizona State University, represents the 2,000 to 3,000 other aviation college graduates in the class-action law suit filed by the Denver-based, non-profit Mountain States Legal Foundation. Mr. Brigida, who had already taken and scored 100 on the ATC exam, was told by the FAA in January 2014, that the application he submitted “would no longer be considered.”
Unfortunately for the FAA, its decision to favor “diversity” over aviation safely came just when the ranks of the current air traffic control work force were being hit by a massive wave of air traffic controller retirements. To make matters worse, even the “midnight basketball” bio questionnaire was producing an insufficient number of air traffic control exam applicants. And that was even after 25 cases of the FAA giving unauthorized assistance to high school graduates were exposed.

Caught between the law suit filed by Mountain States Legal Foundation and pressure from Congress (H.R. 5292), the FAA opened a brief window between August 8, 2016, and August 15, 2016, for those aviation college graduates it had earlier rejected to reapply. What? You missed that?

That “charade” of a one-week window is an example of how the Obama Administration bureaucracy continues to flout the desires of Congress and how the bureaucracy can even frustrate the judicial process by getting a “friendly” judge to rule the class-action lawsuit cannot go forward while the FAA is supposedly taking steps to fix the mess the FAA has created. We report. You decide.