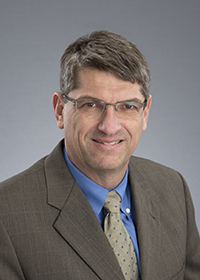 Duncan Aviation is pleased to announce Keith Schell as the Manager of the company’s Parts and Rotable Sales division. In this position, he provides daily oversight and leadership to nearly 25 aircraft parts and rotable sales professionals offering rotables, loaners, exchanges, outright units, avionics, instruments, and technical support to aircraft operators around the world.

Mark Cote, Vice President of Duncan Aviation Parts Sales, Avionics, Accessories, & Satellites, believes Schell will bring something different to the table. “Keith’s experience as a pilot and his proven military leadership will bring an alternative perspective that will enhance a very strong and experienced Parts and Rotable Sales Team.”

Schell agrees. “The Duncan Aviation Parts & Rotable Sales team already does great work,” he says. “It is my goal to empower them to take further action and work smarter at building strong relationships with our growing customer base.”
Schell attended the University of Nebraska at Lincoln and enlisted in the Air National Guard, earning his bachelor’s and master’s degrees in Business Administration. His first job out of college was as an actuary for CNA Insurance in Chicago. Shortly thereafter he went full-time with the Nebraska Air National Guard, serving for 35 years.

Among his many career accomplishments include being selected to pilot the RF-4C Phantom and the KC-135R Stratotanker. Schell led upgrades for the entire KC-135R Global Air Traffic system, served as the Guardians of Freedom Airshow Director in 2006, and was selected to be the 155th Maintenance Group Commander and 155th Wing Commander. He was recently appointed as Assistant Adjutant General and is currently serving on a part-time basis.

Schell began his career at Duncan Aviation in 2015 as a Parts Sales Team Leader. In addition, he is serving as a co-chair for Duncan Aviation’s 2016 United Way campaign fundraiser at their Lincoln, Nebraska facility.

In his spare time, Schell enjoys hunting, fishing, racquetball, and working on his 1965 GTO Convertible and 1969 Mustang. He has been married to his wife Lisa for 23 years and together they have three boys.