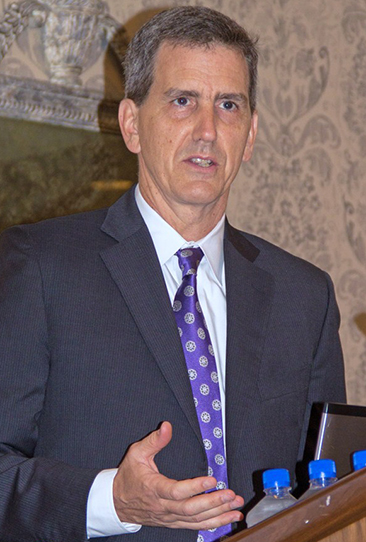 The Federal Aviation Administration (FAA) has entered into a Pathfinder agreement with CACI International Inc. to evaluate how the company’s technology can help detect Unmanned Aircraft Systems (UAS) in the vicinity of airports.

In testimony on October 7th before the House Aviation Subcommittee, FAA Deputy Administrator Mike Whitaker (Shown in a file photo at right) said that flying an unmanned aircraft near a busy airfield poses an unacceptable safety hazard. During the hearing titled, “Ensuring Aviation Safety in the Era of Unmanned Aircraft Systems,” Whitaker told the congressional panel the FAA signed an agreement this week to assess the safety and security capabilities of CACI’s product within a five-mile radius of airports, and the agency also will collaborate with its government partners.

A steep increase in reports of small unmanned aircraft in close proximity to runways is presenting a new challenge for the FAA. It is the agency’s responsibility to identify possible gaps in safety and address them before an incident occurs.
The CACI partnership is part of the larger UAS Pathfinder Program, which the FAA announced in May 2015. Pathfinder is a framework for the agency to work closely with industry to explore the next steps in unmanned aircraft operations beyond those proposed in February in the draft small UAS rule.

“Safety is always the FAA’s top priority, and we are concerned about the increasing number of instances where pilots have reported seeing unmanned aircraft flying nearby,” said Whitaker. “We are looking forward to working with CACI and our interagency partners to identify and evaluate new technologies that could enhance safety for all users of the nation’s airspace.”

“CACI is proud to partner in the FAA’s Pathfinder cooperative research and development agreement to address the escalating Unmanned Aircraft Systems safety challenges that airports are facing nationwide,” said John Mengucci, CACI’s Chief Operating Officer and President of U.S. Operations. “The agreement provides a proven way to passively detect, identify, and track UAS – or aerial drones – and their ground-based operators, in order to protect airspace from inadvertent or unlawful misuse of drones near U.S. airports. This CACI-built solution will help ensure a safe, shared airspace while supporting responsible UAS users’ right to operate their aircraft.”

CACI’s prototype UAS sensor detection system will be evaluated at airports selected by the FAA. The agency and its federal government partners will work with the company to evaluate the effectiveness of the technology, while also ensuring that it does not interfere with the safety and security of normal airport operations.

More information on the FAA’s Pathfinder Program is at http://www.faa.gov/uas/legislative_programs/pathfinders/.