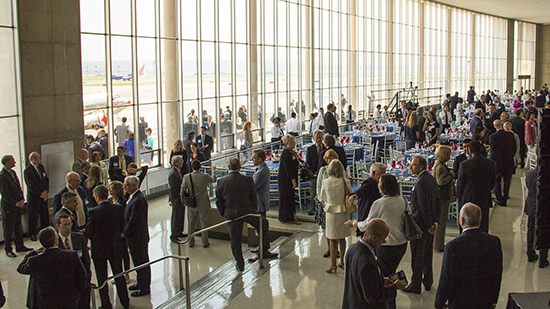 The Aero Club of Washington held its monthly luncheon on Thursday, June 16, 2016, in collaboration with the Metropolitan Washington Airports Authority (MWAA) in celebration of the 75th Anniversary of Reagan National Airport. The sold-out event was held in the historic terminal at Reagan National.

American Airlines was the first airline to land at the new airport in 1941. Doug Parker, CEO of American, was the featured speaker. On the ramp outside the terminal, American Airlines displayed Flagship Detroit, a restored DC-3 that is the same type of aircraft that first landed at the airport 75 years ago. 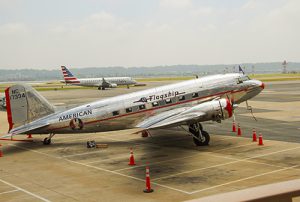 As an industry cornerstone, the Aero Club of Washington is dedicated to providing a forum for discussion of aviation and aerospace issues and achievements. Hosting hundreds of national and international aerospace leaders at its monthly luncheon meetings over the years, the Aero Club has fostered and promoted interest in the principles and development of aeronautics since 1909.