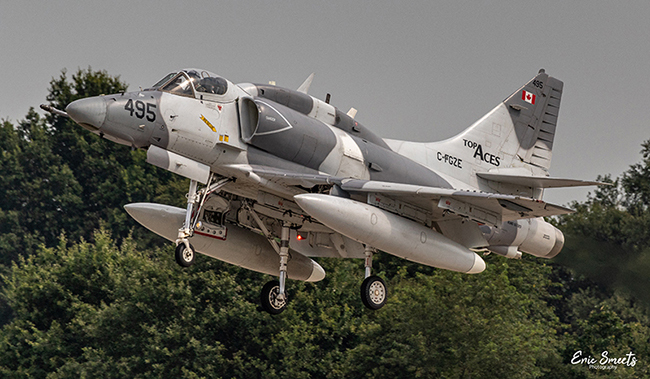 Top Aces announced that it recently achieved another industry-leading milestone with 90,000 hours of accident-free flying in support of advanced adversary training for its clients.

Since 2005, Top Aces has delivered innovative training services to the world’s leading air forces, earning its reputation for best-in-class standards of safety, airworthiness and operational excellence. “In our business, a typical sortie is about an hour long. 90,000 hours represents a lot of safe and successful missions flown on behalf of our customers’ training. We’re very proud of this accomplishment and it’s a testament to 15-years of excellence by the Top Aces team,” said Paul Bouchard, CEO of Top Aces.

Top Aces’ employs some of the most experienced and qualified fighter pilots and aviation experts in the world. “We have an expression at Top Aces: Experience Matters. When preparing the next generation of combat leaders, Top Aces delivers the safest and most professional airborne training solutions to ensure our customers’ current and future operational readiness,” added Bouchard.

This wasn’t the only notable achievement by Top Aces in recent weeks. On January 28th, 2021, the Company welcomed its first F-16 fighters in Mesa, Arizona, making it the first commercial company in the world to offer the supersonic F-16. With this latest addition to their fleet, Top Aces expects to ramp up its flight hours while providing unmatched adversary training to the U.S. Air Force later this year.