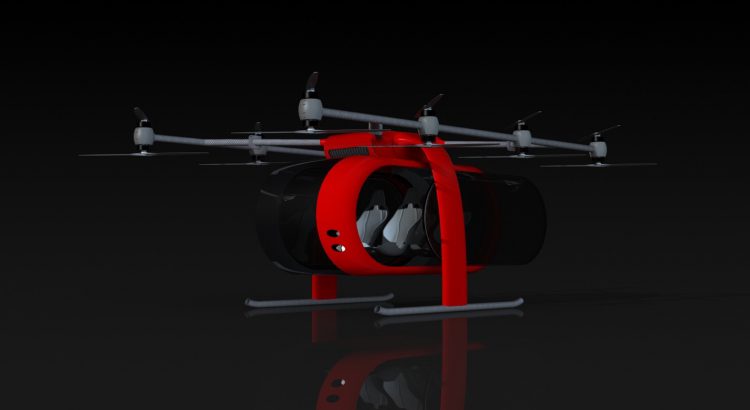 Astro Aerospace, a company that is creating autonomous, eVTOL (Electric Vertical Takeoff and Landing) aerial vehicles and drones has announced that they are in full development of their newest design, named “ALTA” – a concept built on the foundation of modularity and flexibility.

Shortly after a very successful test flight series in 2018, Astro’s engineering team went back to work making further improvements and modifications to their Elroy model. Through this process they identified an opportunity to bring a new perspective to the eVTOL world, and in October 2018 the design of ALTA was born.

The ALTA platform includes a proprietary “Top Frame” design which flies solo and also connects to a series of specific use “Pods” enabling the modular system to perform in many different roles.

A few of the current Pods in development include Astro’s new CockPit2 and CockPit4 (2 and 4) PassengerDrones as well as the CargoDrone model, “Orbit”.

These new modular series Pods, along with many other planned “specific use” units will join the current “Elroy” model in the proposed fleet of vehicles that Astro intends to bring to the market.

“We see our new, modular ALTA design, in combination with a series of “custom-use specific pods”, helping private business, government agencies, as well as personal use (initially on private property) put into place much sooner than that of the higher risk, commuting segment, due to the lengthy and complicated certification and flight path development processes in major cities”, says Bruce Bent, Astro CEO.