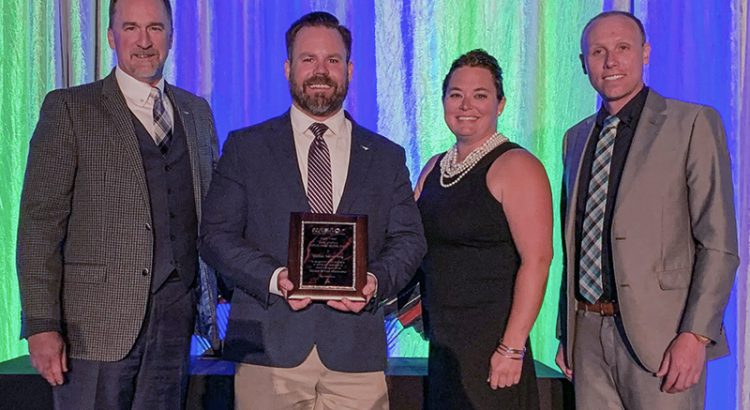 Sederberg was nominated for his contributions to effectively tell the positive stories of aviation and aerospace in Colorado through a variety of communication mediums including video production, photography, graphic design, and web development. “I’m really blessed to report on the amazing things our staff works so hard to accomplish,” said Sederberg.

Some of Sederberg’s nationally-recognized productions include the Colorado Airport Directory, Colorado Aeronautical Chart, Airport Stories Video Series, and the Discover Colorado Airports exhibit located at the Wings Over the Rockies Air & Space Museum.  His work has helped advance and improve aviation safety and has allowed the Division to effectively communicate the story of Colorado’s innovative programs and the importance of aviation and airports to Colorado’s entire community.

Sederberg began his aviation career in 1998 as a Centennial Airport (APA) intern funded by the Division’s Internship Program.  His tenure with the Division began in 2001 as an Airport Planner and Airport Safety Inspector.  In 2005, Shahn was successful in his pitch to create his current position as Communications and Multimedia Manager which combined his passion for both aviation and multimedia arts.