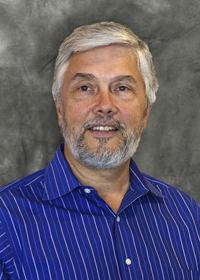 Being new to academia, I had no idea what I was getting into until I noticed the roster of presenters and conference speakers. Had I arranged to be there on my own dime, I may have faded into the Canadian shadows or escaped to Victoria a couple of days earlier.

My presentation was titled "The Role of General Aviation Airports in a Global Economy – A State Aviation Perspective." I find it interesting that 13 years later that title still sounds relevant. I was grouped with other presenters with amazing credentials from universities like Oxford, Queens, Gothenburg and from places like New Zealand, New South Wales, Spain, Israel and Singapore.

What was even more amazing was that there were people in the meeting room politely listening as my knees knocked and my voice quavered. The redeeming factor was that my presentation material stimulated questions. Not so many about GA airports and economics but questions about state aviation, the individuals involved and their relationship to airports and the aviation industry as a whole.

Responding to those questions was an enjoyable experience because it gave me the opportunity to talk about the programs and people I had worked with for a number of years, representing states all across the country and of course the organization who brings everyone together – the National Association of State Aviation Officials(NASAO).

Whether talking about NASAO and state aviation at an international conference in Vancouver or writing about the same in the State Aviation Journal, it’s something I do with ease, only because I’ve had the pleasure and the privilege to know the quality of people involved and their commitment to aviation in their home states and to the aviation industry as a whole.

As the world celebrates competition and victory on the ice and snowy slopes of Western Canada, there is a special feeling that comes from knowing we’re part of an industry that makes it easier for athletes and spectators alike to come together – like the symbolic Olympic rings – most anywhere on the globe.  And even though, as a state aviation official you may feel far removed from the activity in Vancouver, you impact aviation in an important and many times unheralded way.  And for that – you get the gold!