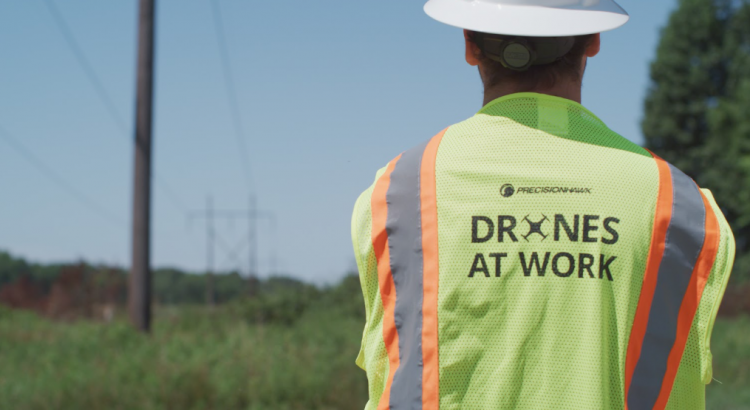 Extreme weather events are hitting more often and harder than ever before. In the face of this meteorological onslaught, state agencies across the country are grappling with how to protect the essential services their residents depend on. Many have passed storm hardening regulations that demand utilities to strengthen the electrical grid to withstand hurricane-force winds. Others are deploying new tools to quickly assess storm damage. In both cases, geospatial data technology, such as drones and image analytics, are playing a growing role.

Strengthening the Grid Against Storms

Utilities are increasing equipment loads on their structures at a time when storms are increasing in intensity. Combined, these issues are outstripping engineering specifications, risking asset failure, and downtime. As utilities respond to customers’ expectation of network uptime, in the face of worsening natural disasters, they’re investing in their power grids.

But how do they target their investments and justify these investments to regulators? And when disaster strikes, how do utilities respond quickly without putting more in harm’s way?

Traditional pole loading inspections can be time and labor-intensive. Worse, such methods are prone to error. It can take dozens of ground teams months to find that 10% of poles—on average—are out of compliance. But one leading American utility has employed PrecisionHawk’s geospatial technology to identify compliance issues at a rate of 30%, on average—and in a matter of weeks.

This approach goes beyond the utility’s typical ground-based photography and laser sensing inspection practices. By deploying remote sensors on drones, utilities are accelerating, automating, and amplifying their load analysis in a way that improves uptime.

To start, utilities define their data collection requirements based on the information they need to plan a storm-hardening project, often dictated by the Federal Emergency Management Agency (FEMA) or Federal Energy Regulatory Commission (FERC). With these guidelines set, geospatial data analysts work with flight operators to determine the optimal flight paths for collecting data around a structure. Once in the field, a flight operator follows this path, snapping photos, videos, thermographic imagery, and LiDAR data of distribution and transmission lines. This data can then be processed by artificial intelligence to automatically inventory structural components–such as transformers, insulators, and guy wires–and highlight asset health issues.

Utilities are realizing multiple benefits from this approach. First, operators can immediately identify critical issues when in the field and call them in. They can also use preliminary data to refine their data collection approach to better meet project objectives. Secondly, utilities achieve higher margins of safety, as they replace hazardous helicopter flights, bucket truck deployments, and tower climbs with drone flights. Ultimately, they’re gaining a “real-world” picture of their infrastructure with precision and detail that they’ve never achieved before.

When hurricanes flood roads, down power lines, and leave people stranded without electricity or shelter, drone operators head out to the disaster zones. They deploy drones as soon as the hurricane begins to dissipate to collect imagery and data. This feedback helps emergency responders, utilities, and state agencies determine where to first allocate their resources. It’s an important, but tough gig.

Director of LiDAR Flight Operations at Precisionhawk, Matt Tompkins remarked, “I learned early on in my career that disaster response was one of the key use cases for UAVs, so I genuinely hoped to get involved in the disaster response efforts as a drone operator. It is by far the most rewarding work.”

In response to Hurricane Florence, which wracked the Carolinas in the fall of 2018, Tompkins led three teams of drone operators in collaboration with the North Carolina Department of Transportation (NCDOT). The group started planning as soon as the NCDOT was aware of the intensity of the impending storm. Tompkins quickly mobilized: he flew in teams of experienced drone operators from Indiana to join them in North Carolina, prepared logistics, aircraft, and emergency supplies, and secured what lodging they could.

“When we’re on the ground, our priority is to provide assistance with our drone imagery, not to be the ones in need of rescuing,” Tompkins stated.

Each morning began with a safety and situation brief with the NCDOT’s emergency operations team. They looked at the day’s weather, where teams were positioned, and preliminary assignments. The assignments often changed as new information came in and priorities shifted.

According to Tompkins, “Our teams would mobilize to their first location, and about halfway there the operations center would be rolling out their next assignment. Adaptability is essential.

The drone operators went out in teams of two to the impacted areas and flew their aircraft along infrastructure looking for flooding, washed-out dams, and damaged bridges. They:

“Anywhere that transport was disrupted, we got video and photos of that and sent it back to the NCDOT control center,” Tompkins commented.

As part of the Florence response effort, the NCDOT flew more than 260 drone missions and captured more than 8,000 videos and images. With visual context, state agencies were able to deploy emergency responders and divert people away from risky areas. By assessing roads, highways, bridges, airports, ferry terminals, waterways and dams across the impacted region, drone technology ultimately enabled responders to better prioritize critical issues and make preliminary plans for recovery.

Drones are a Critical Tool, Before and After the Storm

In rain or sunshine, drones have become a tool for state agencies, utilities, and other essential service organizations. Utilities are deploying drones to gain a more accurate picture of how their electric infrastructure might fair in bad weather. After a storm rolls through, utilities and state agencies alike are deploying drones as a means of quickly gaining rich situational awareness. As a result, states are strengthening their infrastructure against worsening weather, ensuring constituents get the essential services they need.

With more than 25 years of experience in operations, engineering, and aviation, Robert Henley is an expert in the utility industry. Prior to his start at PrecisionHawk, Henley spent seven years at Pacific Gas & Electric. At Pacific Gas & Electric, Henley led the GIS program and later managed the UAS Drone Program. Henley holds a commercial drone license and an MBA.

As the Vice President of Energy Solutions at PrecisionHawk, Henley has a deep understanding of how data is used and collected. His primary responsibility is to develop tailored technology and service portfolios to meet the specific needs of each customer.