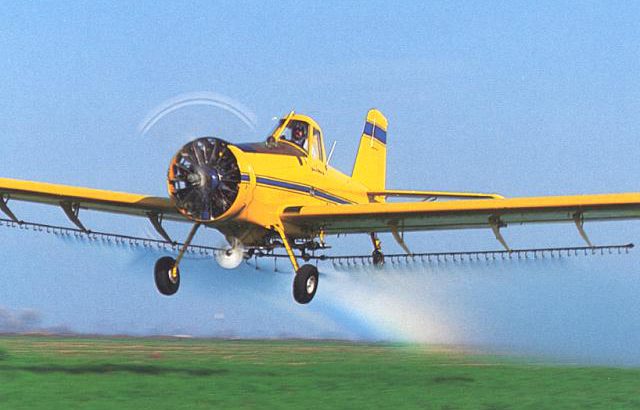 The National Agricultural Aviation Association (NAAA) is asking all Unmanned Aircraft System (UAS) operators to be aware of agricultural aircraft operations this growing season. As UAS operators know, UAS are not allowed above 400 feet without a waiver from the FAA. However, UAS operators should also know agricultural aviators fly as low as 10 feet off the ground when making an application, meaning they share this low-altitude airspace with UAS.

“With the proliferation of Unmanned Aircraft Systems over the last few years, it is critical for UAS operators to be aware of agricultural aircraft,” said Andrew Moore, executive director of NAAA. “It is extremely difficult, if not impossible, for manned aircraft to see UAS while conducting labor-intensive aerial applications 10 feet off the ground at speeds as fast as 140 mph. We encourage both professional and hobbyist UAS operators to keep this in mind to ensure a safe 2019 growing season.”

While aerial applications are already underway in many parts of the country, operations nationwide will peak during the summer months. NAAA previously profiled an agricultural aviator who had multiple near-misses with UAS during the 2018 growing season. Additionally, a UAS collided with an agricultural aircraft in Israel last August, the first such recorded incident of its kind.

Equip drones with tracking technology, such as ADS-B, so other similarly equipped aircraft can ascertain their positions.

Get certified and well-trained in operating a UAV.

Always give the right-of-way to a manned aircraft. It’s the law.

Land your UAV immediately when a low-altitude manned aircraft is nearby.

In a test conducted by the Colorado Agricultural Aviation Association and other stakeholders, including manned and unmanned aircraft organizations, no pilot operating a manned aircraft could continuously visually track a 28-inch-wide drone when flying at regular speeds. While they might be spotted for a second, UAVs are not constantly visible to pilots, meaning it’s up to the drone operator to avoid a collision.

When birds hit an ag aircraft, they can break through an aircraft’s windshield causing deadly accidents. A study conducted by the Alliance for System Safety of UAS through Research Excellence (ASSURE) showed UAV collisions with aircraft cause more damage than would a bird strike of similar size, due partially to UAVs’ dense motors and batteries, as opposed to a bird made mostly of water, feathers, hollow bones and sinew.

According to the FAA’s website, reports of UAS sightings have increased dramatically over the past two years, with the FAA now receiving over 100 such reports a month. Unauthorized operators may be subject to stiff fines and criminal charges, including possible jail time. The 2018 FAA Reauthorization Bill gives the FAA the authority to require UAV hobbyists to take an aeronautical knowledge and safety test, as well as register their aircraft with the FAA.

So, while we’re all enjoying safe, affordable and abundant food, fiber and biofuel, don’t forget our nation’s agricultural aviators are working in the skies to help farmers produce it and also flying fire-control and public health missisons. If you’re going to fly a UAV this summer, please be responsible and do everything you can to avoid agricultural aircraft. Learn more at AgAviation.org, Thinkbeforeyoulaunch.com and Knowbeforeyoufly.org