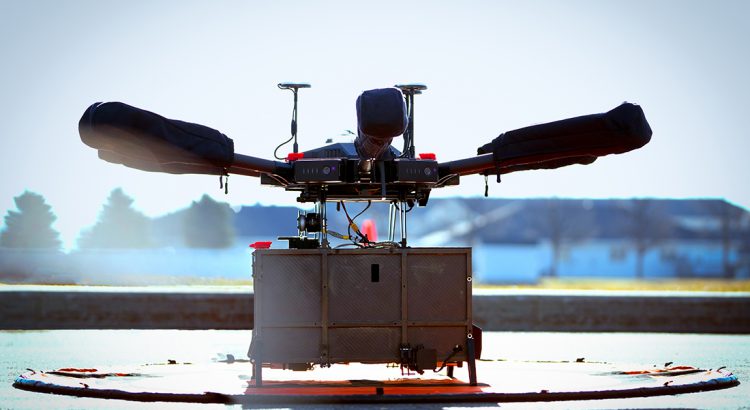 Flytrex has announced the closing of an $8 million financing led by existing investors Benhamou Global Ventures (BGV) and btov. The financing complements a recently awarded grant from the Israel Innovation Authority for a total of $9.3 million. The funds will be used to expand Flytrex’s footprint across the U.S. and to continue to scale-up the company’s production and R&D capabilities.

The financing follows the company’s previous round in 2019, bringing total funding to $20.3 million.

The investment comes in the wake of several significant milestones for the on-demand drone delivery company. In September 2020, a benchmark pilot project between Flytrex and Walmart was announced to deliver select grocery and household essential items from Walmart stores in Fayetteville, North Carolina using Flytrex’s autonomous drone delivery service. Previously, Flytrex – in response to the COVID-19 pandemic – launched a system delivering necessities to residents of Grand Forks, North Dakota, helping address the growing health crisis by keeping citizens in the safety of their own homes and reducing crowding and unnecessary contact at local stores.

“Our mission is to make widespread on-demand drone delivery the rule rather than the exception – and this funding is a vote of confidence from our investors that we are indeed on the way to making this a reality,” said Yariv Bash, CEO and Co-Founder of Flytrex. “Our systems are in the final stages of receiving key certification from the Federal Aviation Administration, helping us launch the drone delivery revolution across the U.S.”

Since successfully launching the world’s first fully autonomous urban drone delivery system in Reykjavik, Iceland in 2017, Flytrex has been helping drive regulatory advances aimed at getting drone delivery off the ground. Flytrex has been participating in the Federal Aviation Administration’s UAS Integration Pilot Program (IPP) since 2018 and was most recently selected for the FAA’s subsequent initiative, BEYOND to work with the Kansas Department of Transportation (KDOT) as well as the North Carolina Department of Transportation (NCDOT) and the North Dakota Department of Transportation (NDDOT) to help tackle the remaining challenges of UAS integration. In November 2020, Flytrex was included in the FAA’s select list of several drone companies set to gain airworthiness certification, a crucial step enabling the safe integration of drones into existing airspace.

“It’s been thrilling to watch Flytrex become a world leader in the drone delivery space with multiple airborne delivery systems around the world,” said Barak Ben Avinoam, Managing Partner at BGV Europe and Israel. “The Flytrex team is trailblazing both innovation and implementation in the drone industry, and we look forward to seeing their airborne delivery reach more and more delighted consumers across the globe.”

Flytrex’s leading autonomous drone delivery systems are disrupting areas from eCommerce to Mobility to Smart Cities and beyond. Setting new stringent safety standards in conjunction with key regulatory bodies like the FAA, Flytrex is helping shape the future of on-demand direct-to-consumer aerial delivery.