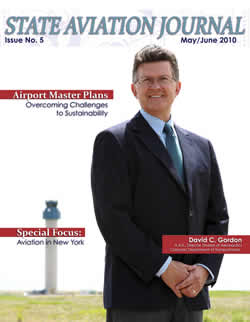 The Denver Post reported today that Dave Gordon is no longer the director of the Colorado Department of Transportation’s Division of Aeronautics. CDOT confirmed that Gordon has left and named Scot Cuthbertson as acting director.

Colorado’s public-use airports were told by Gordon in November that faulty revenue forecasts forced the division to drastically cut its discretionary grant program from an earlier estimated $15 Million to only $3 Million for 2015.

A CDOT spokeswoman said because the move was a personnel matter she couldn’t say if Gordon was fired or if he resigned, however reportedly admitted that the funding miscue was part of the reason for Gordon’s departure. There had been speculation from some sources earlier in the year that some members of the Aeronautical Board were not happy with Gordon’s performance.

Gordon had been director since April of 2010 and had been very active on the national aviation scene. He was set to become the Chairman of the National Association of State Aviation Officials (NASAO) this fall before stepping down from his NASAO Board responsibilities due to what was described as pressure from his home state.

“Dave was a great asset to NASAO,” said Kim Stevens, Director of Operations and Communications at NASAO. “His aviation experience and knowledge of the issues was important in helping to guide our association forward during his time on the Board.”
Stevens said he will be greatly missed.

(Photo – Dave Gordon on the cover of the State Aviation Journal in the 2010 May/June Issue.)