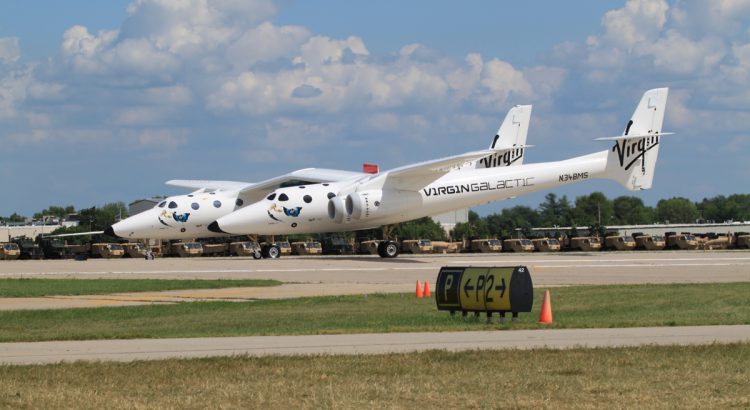 Scaled Composites of Mojave, California, a historic name for aircraft and spacecraft appearing at Oshkosh for more than four decades, is returning to EAA AirVenture Oshkosh in 2017 with aircraft, an extensive forums schedule, and opportunities for those who are seeking to be part of next-generation innovations.

While Scaled Composites is known for its Burt Rutan-founded legacy with projects such as Voyager, Boomerang, SpaceShipOne, and others over the past 40 years, its return to Oshkosh in 2017 is focusing on future goals and projects that encompass both aviation and space. Those projects include the massive Stratolaunch aircraft that was rolled out of its hangar for the first time on May 31.

“Scaled Composites is linked to EAA and Oshkosh as few other companies are, and we welcome them back to the flightline,” said Rick Larsen, EAA’s vice president of communities and member benefits who coordinates AirVenture features and attractions. “As notable as its legacy is, it is Scaled’s future projects that tie perfectly with the innovation and forward thinking that are always a part of EAA AirVenture.”

Scaled Composites will have a full exhibit in the forums area, as well as more than 30 scheduled forums by its engineers, technicians, and leaders throughout the week. Along with that, Scaled’s unique high-altitude Proteus aircraft that first appeared at Oshkosh in 1999 will return. The company will also be talking with those interested in joining Scaled as it develops the latest concepts that are part of its future.

“We’ve always been a company focused on discovery and pushing limits,” said Bob Withrow, Vice President of Engineering at Scaled Composites. “We are looking for folks who are passionate, creative, and love to be challenged. There is no better place than Oshkosh to re-introduce ourselves to those who know us from our incredible legacy, and to connect with those who want to be a part of the next big thing.”

The exact schedule of Scaled Composites forums and activities will be announced as it is finalized in the coming weeks.