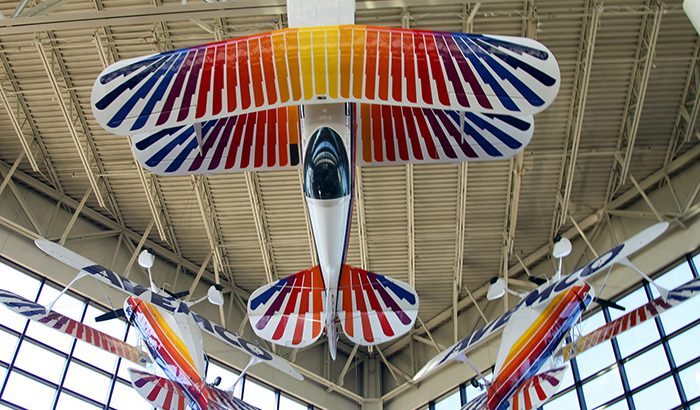 Ron Connolly, a U.S. Army veteran pilot who has an extensive history in education and leadership, has joined the Experimental Aircraft Association (EAA) as Director of Museum and Education.

In his position, Connolly will lead the exploration and implementation of updates to the museum in the areas of technology, education, and diversity. That includes a goal to further showcase the accomplishments of groups not commonly represented in the aviation community but have made significant contributions to the legacy of personal flight.

“The EAA Aviation Museum carries the vibrant energy of AirVenture throughout the year, so there is much to be excited about,” Connolly said. “In the months and years to come, the museum is looking to utilize new technology like augmented reality to bring new and already existing facets of the museum to life!”

Connolly is a familiar face at EAA, as he has served as an EAA Aviation Museum docent and tour guide since 2014, and has served as a part-time member of EAA’s security team.

Prior to joining the EAA staff, Connolly spent time with both the Milwaukee and Appleton Police Departments as a Patrol Officer and then as a Senior Sergeant. Since 2016 he has spent time as an Associate Professor at Marian University. Prior to that he was a technical college instructor at institutions like Fox Valley Technical College, North Central Technical College and Northeast Wisconsin Technical College.

Connolly earned a Bachelor’s Degree in Criminal Justice from Mount Senario College. He also holds a Master of Science Degree in Organizational Leadership and Quality from Marian University and an Educational Doctorate in Leadership, for the Advancement of Learning and Service from Cardinal Stritch University.