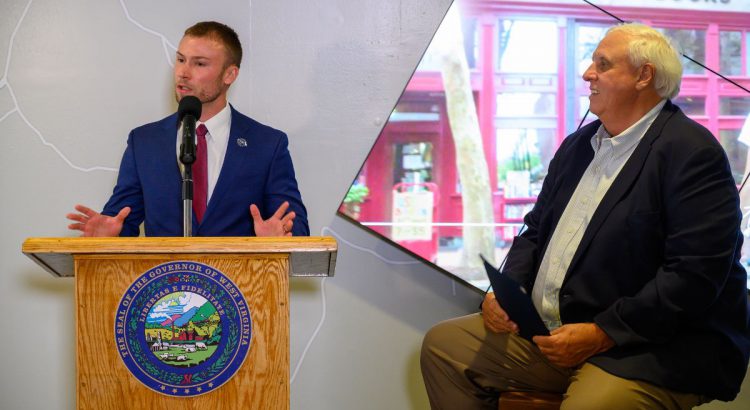 The grant award ceremonies were held at Huntington Tri-State Airport in Wayne County, Yeager Airport in Kanawha County, and Mercer County Airport near Bluefield – three of 11 airports statewide that have been awarded a combined total of $677,483 in grant funding.

Each of the grants come from Special Revenue, provided by the Aviation Fuel Tax. These grants will also make it possible for airports to secure $12,194,700 in funding from the Federal Aviation Administration (FAA).

“Airports are our lifeblood – they’re the number one thing when it comes to growth in our communities,” Gov. Justice said. “And so, what we’ve tried to do, is we’ve tried to target our grant amounts so that we can then obtain additional federal amounts. That could turn this into big dollars and make things happen within our own state, within our own facilities.

“We have to put a paramount on safety. We’ve got to absolutely know that the economic engines of our communities are our airports. And we’ve got to have safe, good, quality airports. That’s all there is to it.”

With the support of Gov. Justice, the WVAC has now been able to award a combined total of $1,029,776 this fiscal year alone, with each of the state’s 24 airports receiving a portion of the grant funds.

Additionally, this month, the Governor issued a proclamation that formally recognizes October as General Aviation Appreciation Month in West Virginia.

“The Aeronautics Commission has witnessed an unprecedented level of support from Governor Justice and our federal partners,” WVAC Director Sean Hill said. “We’re thrilled that this latest batch of grant funding touches airports in every corner of the state. And with all the recent investment, the future of West Virginia’s air system is looking extremely bright.”

The complete list of WVAC grant awards is as follows:

Upshur County Airport WVAC Funds from Fuel Tax: $8,485 Funds will be used to construct a building at the airport. Additional FAA funding: $152,723