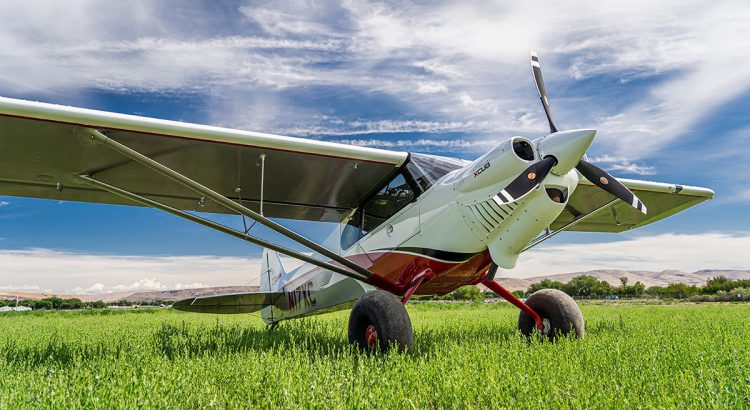 CubCrafters is upgrading its industry leading personal adventure aircraft, the XCub, with a new firewall forward package, including a much more powerful engine and propeller combination developed in cooperation with key industry partners.

FAA certified in 2016, the XCub is lighter, stronger, and faster than any aircraft in its category. Combined with a larger payload and greater range, these attributes fulfill a wider mission profile than any other comparative aircraft in this class. The new firewall forward package being offered expands the capabilities of CubCrafters’ flagship aircraft even more.

Dubbed the CC393i, the new lightweight fuel injected engine develops more than 215 HP, but adds only 10 pounds to the aircraft’s overall empty weight when compared to similar legacy fuel injected 180 HP engine options. Developed as part of a growing collaboration between CubCrafters and Lycoming, the new CC393i engine is only available from CubCrafters and offered exclusively on the XCub.

“The opportunity to work together with Lycoming to develop this new, high-power and lightweight engine for the XCub has been truly inspiring. The CC393i, with its advances in technology and materials, absolutely delivers on the high performing adventure that we are dedicated to bring to our customers,” shared Patrick Horgan, CubCrafters president.

A newly developed lightweight composite, three-bladed, constant speed propeller called the ‘Pathfinder’ will also be first launched by Hartzell Propeller as part of the updated firewall forward package for the XCub. With both updated aerodynamics and internal structure, the new propeller is quieter, smoother, and optimized for back country operations.

“From its inception, our XCub development team set out to design a modern Cub with terrific STOL capabilities, like our LSA Carbon Cub, but one that could travel faster and farther, while accommodating all of the gear that a pilot and passenger might want to carry for an extended adventure” recalls CubCrafters founder Jim Richmond. “Now, after having met that goal, we have refined the design for even more performance and capability.”

This new firewall forward package features many of the same improvements that were first introduced on the massively popular CC363i engine that is offered exclusively on the 3rd generation of CubCrafters experimental Carbon Cub aircraft, the EX-3 and FX-3.

Horgan explains: “With the CC363i, we started with the combination of a lightweight 180+ horsepower engine with dual electronic ignition, fuel injection, and a high performance Hartzell composite constant speed propeller. Our design team integrated the entire engine and airframe package using our own inhouse expertise, computational fluid design tools, and considerable testing to optimize both induction airflow and cooling with spectacular results.” He continues that, “now we are doing the same with this new 215+ horsepower Lycoming CC393i engine and the new Hartzell Pathfinder propeller; we’re giving the XCub a huge performance boost, just as we did for the experimental Carbon Cub in 2017.”

Key components of the new CC393i engine include new lightweight magnesium parts such as the accessory case, oil sump, and a new innovative lightweight magnesium cold air induction system. In addition, standard equipment includes fuel injection, a high-performance ignition system, a lightweight Sky-Tec starter, and lightweight alternator options. To house the CC393i, a new larger cowling with better aerodynamics was designed. Cooling airflow for the engine is improved by a new lightweight composite baffling system, and a new exhaust system is designed to increase power while scavenging more heat than ever before for the XCub cabin.

“I’m very excited to be able to introduce this new powerplant combination to our customers” says CubCrafters Vice President of Sales and Marketing, Brad Damm, who has flown behind the new CC393i engine extensively during its testing and development phase. He comments that, “This is the highest horsepower engine CubCrafters has ever offered and it doesn’t disappoint. The acceleration is exhilarating. The takeoff and climb are impressive, even by CubCrafters’ high standards.”

CubCrafters notes that the XCub was always intended to be more than just a new airplane; it was designed right from the start as a platform upon which new technologies and different configurations can be offered to fulfill different missions. The company says that the new CC393i engine opens a host of new possibilities for the airplane.

The new Lycoming CC393i engine and Hartzell Pathfinder propeller combination will be displayed as part of CubCrafters’ AirVenture 2019 exhibit at Booth 273/274, and is an option for new XCub orders with delivery in 2020 and beyond.