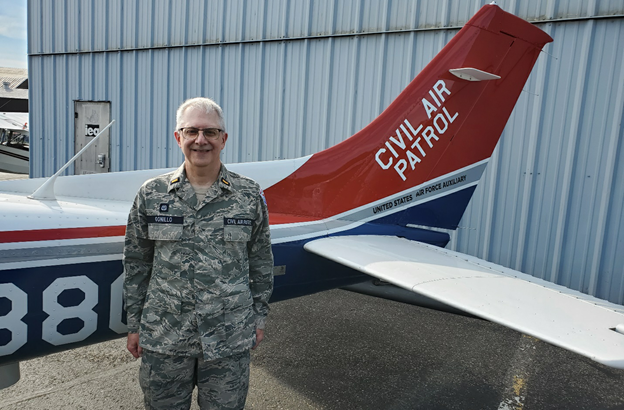 “Lt Gonillo brings management and IT supervisory capabilities, which, along with his ‘can-do’ attitude, makes him well qualified to lead this active squadron,” said Col Beach.

Lt Gonillo has lived in Vermont for over 30 years. He currently serves as the Soldier & Family Readiness Group Leader, a volunteer position with the Vermont Army National Guard. Until his retirement in late 2019, Gonillo was the Executive Director of Technology in the Essex Westford School District, where he had overseen information technology services since 2003.His tenure there was marked with distinction and included senior IT management positions with the Chittenden Central Supervisory Union. Gonillo volunteered and supported the Vermont Army National Guard 2010 deployment and was awarded the Vermont Commendation Medal. He is an alumnus of the undergraduate and graduate programs at St. Michael’s College.

“This appointment is an extraordinary opportunity to further my community service to the people of Vermont, and to build on the strong record of readiness and professional development established by Capt Slocombe,” said Lt Gonillo. “Like my predecessors, I will be looking to strengthen our growing membership with men and women looking to have a gratifying volunteer career that can combine search and rescue, education as well as information technology, communications, and other skills.”