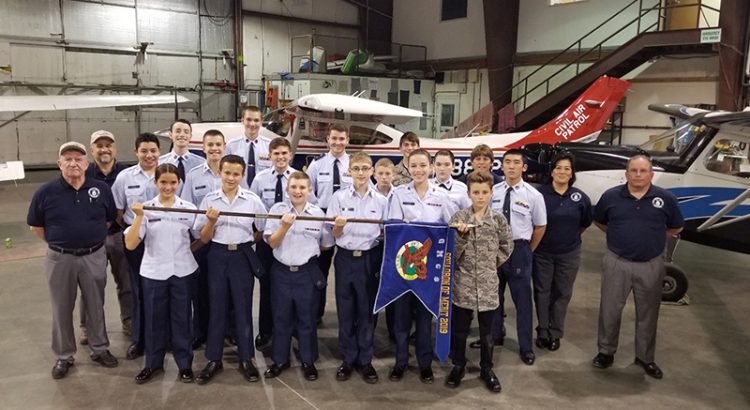 Squadron Deputy Commander for Cadets, Major Barbara Leary, stated, “The Squadron is gratified for the national recognition of the hard work and commitment of all our cadets and adult volunteers, even more so during the historic challenges of the pandemic in 2020.”

Green Mountain Composite Squadron currently has 21 Cadets and 8 senior members on its roster.

“Strong Cadet programming is a pillar of the Vermont Wing, as it has been for the 80 year history of the Civil Air Patrol,” said Col Tom Carello, Vermont Wing Commander. “Each of our Composite Squadrons are challenged every year to achieve this recognition. We are proud that the Green Mountain Composite Squadron, under the leadership of Major Barbara Leary and 1st Lt Michael French, has been judged to be one the best cadet units in Civil Air Patrol nationwide.”