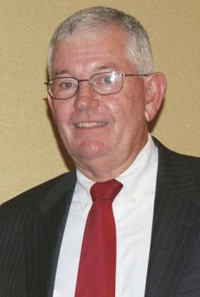 Each year during its Annual Airports Conference, the Tennessee Aeronautics Commission recognizes outstanding achievements and contributions to aviation by presenting "Awards of Excellence" in five categories. This year the Tennessee Aeronautics Commission presented their "Career Contributions to Aviation" award to Dave Fulton (Texas), a native Tennessean, stating that he has set a career example for others through leadership, dedication, persistence and overall commitment to excellence during 10 years of active duty in Naval Aviation continuing Naval Reserve duty until retirement. He served in the Tennessee Aeronautics Division for 17 years, ten of them as director, before going to Texas to be the Director of the Aviation Division for 18 years. He has been instrumental in the development and maintenance of literally hundreds of airports in two states! Brief courtesy of NASAO.