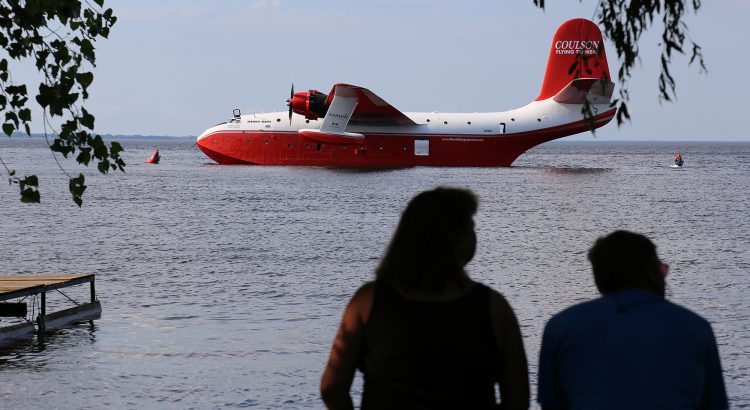 For many years I would roll into Oshkosh, Wisconsin a few days before the official start of AirVenture. I was able to work with my Dad to set up the NASAO booth and then take a minute to stroll around the grounds to see what planes had arrived and then anticipate those that were still inbound. It was always exciting traveling to Oshkosh and to play a part in setting up a booth before the official show began. That experience always got me excited for the week ahead. However, there’s one year in particular that stands out a bit more than the others.

It was an overcast day on Sunday, the day before AirVenture, and even though my Dad and I went through the normal steps of setting up the booth, getting our photo at the 2016 AirVenture sign, and then heading to the store to get our traditional reward of Spotted Cow beer, it still took a minute before that moment arrived that really reminded me that this is Oshkosh. Don’t get me wrong at all though, I was still full of excitement and anticipation for the week, but for whatever reason I was still waiting for that one moment to remind me officially.

One of the nice things about renting a place just outside of Wittman is that we had a great view of aircraft that were flying around in the area. Also, waking up every morning to the sound of warbirds flying by will always be one of my happiest memories and one that is simply Oshkosh.

It was Sunday night and my Dad and I had just finished our Spotted Cows. We were also working on the daily Skybrief for AirVenture. It was still overcast outside and a pretty quiet evening overall as the sun was about to set for the day.

Suddenly, it happened. We heard something very large flying overhead. My Dad and I rushed outside looking up toward nothing but clouds in the sky. But as we kept out a watchful and hopeful eye that we would see something, we eventually did as an absolute giant of a red bird by the name of Martin Mars came peeking out from within the clouds to say hello.

Seeing the Martin Mars for the first time in person this way was such an amazing experience to see in that moment as the world’s largest water bomber gracefully revealed itself from the clouds above. It was a sight to see that only seems to happen at Oshkosh – a perfect “only at Oshkosh” moment.

Without knowing it, that was exactly the moment I was waiting for to officially kick off AirVenture 2016. And it was incredible.