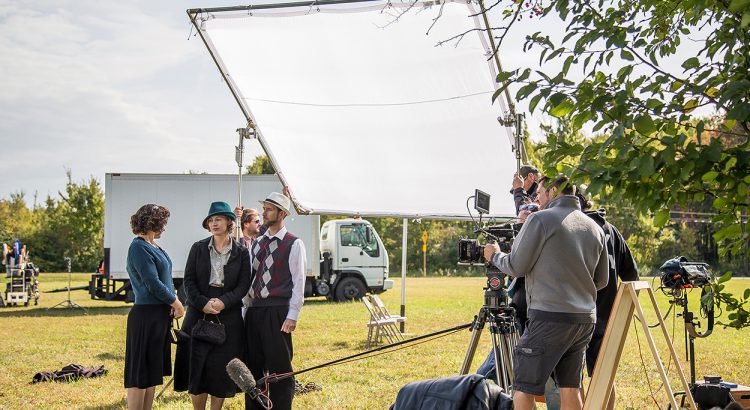 CAF Rise Above: WASP will detail the story of the first women to fly for the United States Armed Forces; the WASP, during WWII. Using never before seen WASP interviews, state of the art graphics, epic aerial sequences and historic reenactments, CAF Rise Above: WASP will introduce these historic ladies’ story to the world like never before. Exhibition of the film will take place throughout the country in dome-theaters, creating an exhilarating film experience.

Filming started this summer at Avenger Field – Sweetwater, Texas, the original WASP WWII training base. Hemlock Films brought the production home to NE Ohio for the second phase of filming, hiring local cast and crew for a historic reenactment sequence. CAF Rise Above: WASP is schedule for completion and release in 2019.

The Women Airforce Service Pilots, or WASP, were the first female pilots to fly American Military aircraft. Because society held the view that women did not belong in a cockpit, these women had to overcome many challenges before ultimately proving themselves as more than equal to the task of flying complex, modern, aircraft.

Even though they faced a military un-willing to include them, the perseverance and dedication the WASP possessed, allowed them to serve their country in a time of great need, blazing a path for generations of women who would follow them into aircraft cockpits, and male dominated careers everywhere.

Though there would only be 1,074 Women who could call themselves WASP, their story provides an inspirational lesson about the power of self-confidence and determination. Teaching us that no matter what our dreams may be, working to make them real, will allow us to ultimately succeed.