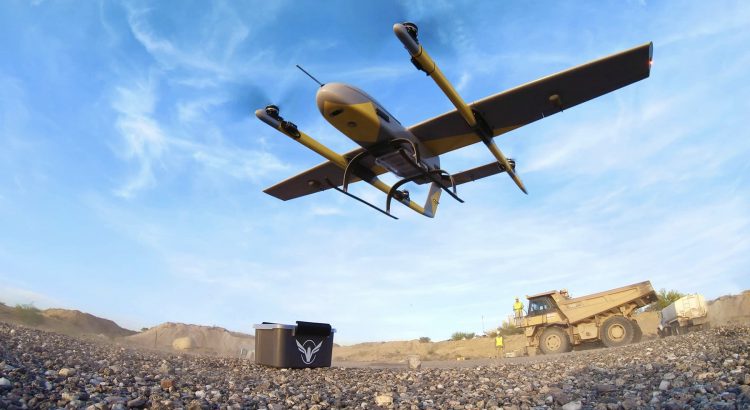 “We’ve talked about North Dakota’s statewide BVLOS network as a turnkey product. Extensive testing and validation of the system during development is part of that,” said Nicholas Flom, executive director of NPUASTS. “The network will be widely accessible to support public and commercial use cases because of this testing.”

North Dakota’s statewide BVLOS network will enable UAS (or drone) BVLOS flights across the state of North Dakota. Three leading aviation infrastructure companies – Collins Aerospace, a Raytheon Technologies Company; L3Harris Technologies; and Thales USA – were selected to work with NPUASTS to develop and employ the physical infrastructure of this first-of-its-kind network. Ensuring the safety and reliability of this network, as it is built out, will be essential.

“We are thrilled to be a part of this important initiative, the first of its kind in the U.S.,” said Hannan Parvizian, CEO and Co-Founder of Volansi. “Not only does this state-driven initiative position North Dakota as a leader in BVLOS operations, it also supports the growth of unmanned aviation by creating a viable model that could be adopted across the country – and maybe even the world.”

The VOLY C10 was selected from a pool of highly competitive proposals. The selected UAS was expected to allow for integrating different technologies, such as Command and Control (C2) links or onboard Detect and Avoid (DAA). It also would have the ability to support different payloads to exercise goals/objectives of the different use cases. The VOLY C10 met these expectations and provides for FAA advanced approvability in that it is in process to obtain an FAA durability and reliability type certification.

“Volansi’s proposal was impressive,” said Jim Cieplak, program manager of the statewide BVLOS network through the NPUASTS. “We feel confident that the VOLY C10 will not only meet our needs in testing the earliest stages of network deployment but will support the integration of new technology as the project evolves.”