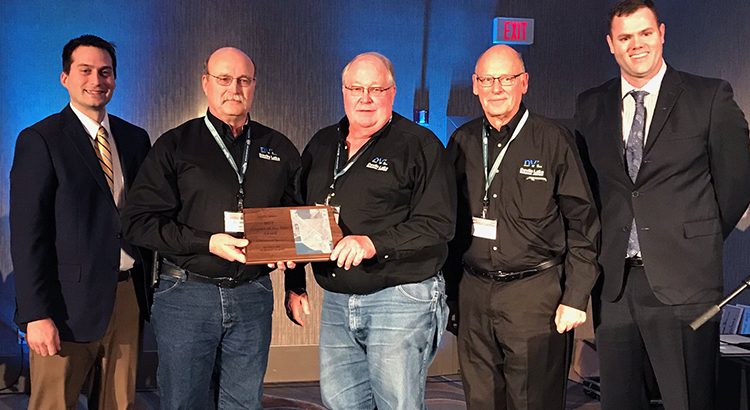 The North Dakota Aeronautics Commission in partnership with the Airport Association of North Dakota presented the 2017 Commercial Service and General Aviation Airport of the Year awards during the Upper Midwest Aviation Symposium recently held in Fargo, ND.

In 2017, the Devils Lake airport posted its highest annual passenger count on record with 6,644 enplaned passengers.  This was a 5.63% increase from 2016, and fourth consecutive annual passenger boarding record for the airport. Through the hard work of the airport’s staff and in collaboration with local civic organizations such as the Chamber of Commerce and the FDL Economic Development, the airport continues to successfully market Devils Lake as an airline destination.

Throughout 2017, the Devils Lake airport participated in local community outreach events including hosting field trip day to area schools. During their visit to the airport, students learn about airport operations, security and airline job duties. In addition, the airport also hosted a fly-in event which was well received by pilots and the local community.

The airport is currently partnering with the Lake Region State College and Camp Grafton Training Center to attract businesses in the airport’s planned Unmanned Aerial Systems (UAS) business park. In addition, the airport was selected by the Federal Aviation Administration (FAA) as a testbed for digital authorization to fly UAS vehicles, creating efficiencies for UAS operators.

In 2017, the Devils Lake airport also completed a crosswind runway rehabilitation project that will ensure safe and efficient operations at the airport for years to come and construction began for a hanger, which will be completed in 2018.

The Enderlin Municipal Airport has a strong belief in aviation advocacy and education. A growing annual event is their Aviation Symposium for the sixth grade class of the Enderlin Public School. As part of their aviation curriculum, the students are provided a field trip to the Enderlin Airport where they are further introduced to aviation.  During this visit, the airport instructs the students about aviation careers and how to conduct pre-flight aircraft inspections. At the conclusion of the field trip, each student is provided an opportunity to fly in an aircraft and receive a t-shirt. In addition, the airport also hosts a summer fly-in event which was well received by pilots and the local community.

The Enderlin Airport welcomes the many local civic groups to host their meetings at the airport. The airport is always eager to share with these civic groups a look at their based aircraft, a discussion of some of the functions that take place, and a description of the economic impact their airport has on their community.

The Enderlin Airport also takes great pride in its appearance and impressions. The Airport always has projects being planned, being worked on, and or nearing completion. The airport recently acquired a 45’ x 150’ hangar, which will allow more aircraft to be based at the airport and will help to provide storage for transient aircraft visiting the area.