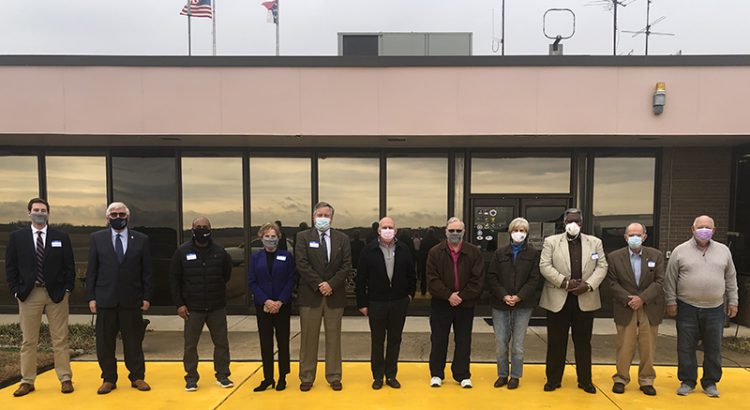 Big changes are coming to the Laurinburg-Maxton Airport with the passage of Senate Bill 795 in the N.C. General Assembly. These changes include rebranding of the governing board of commissioners, establishing term limits, changing how commissioners are appointed, and granting Scotland County representation on the new board.

This legislation was championed by Senator Tom McInnis in the North Carolina State Senate and became Session Law on June 16, 2020, after passing unanimously in both the State Senate and House. Senate Bill 795 was designed specifically to alter the composition of the former Laurinburg-Maxton Airport Commission and change the name of the Airport Commission to the Southeast Regional Airport Authority. In addition to the original six representatives (three representatives from the City of Laurinburg and the three representatives from the town of Maxton), Scotland County will now be offered a seat at the table with one representative. The Director of the Scotland County Economic Development Corporation will also serve as an ex officio member. While the name of the board governing the airport was immediately changed once the bill became law, the new appointees officially took their place on January 1, 2021.

The City of Laurinburg will be represented by Mary Jo Adams, Quinyon DeBerry, and Thomas Parker III. The Town of Maxton will be represented by Emmett Morton III, Willis Sullivan, and Victor Womack. Guy McCook will represent Scotland County and was elected Chairman January 5th. Mary Jo Adams was elected as Vice Chairman and Willis Sullivan was elected as Secretary. Director Mark Ward was present for the Scotland County Economic Development Corporation.

“I am excited to be a part of the transformational expansion of the Southeast Regional Airport Authority,” said Senator Tom McInnis. “This expansion will be the new beginning of great things to come for this area. I look forward to participating in the economic development growth that is destined to come to Scotland County.”

Senate Bill 795 will contribute to the growth of the Laurinburg-Maxton Airport, City of Laurinburg, Town of Maxton, Scotland County and Robeson County. This legislation will push the airport in its goal to be “Locally Developed, Regionally Based, and Globally Strategic.”