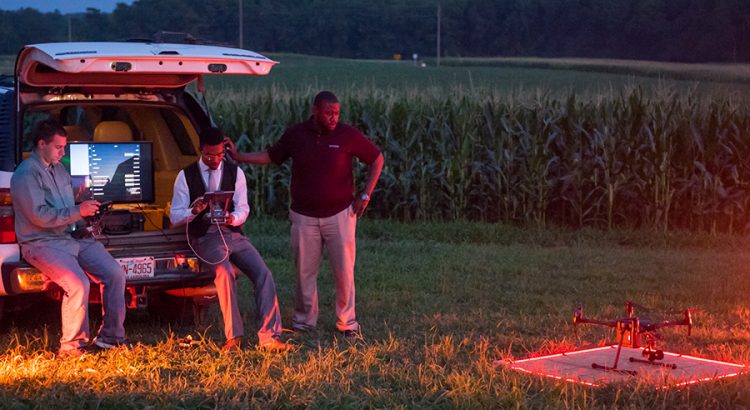 The N.C. Department of Transportation is continuing to research ways to use emerging drone technology to make highway travel safer.

Last year, NCDOT’s Division of Aviation and the N.C. State Highway Patrol studied the use of drones for highway collision scene reconstructions, and found that they can save money and reduce the time a roadway must be closed during a reconstruction.

“Last year’s study was groundbreaking,” said Basil Yap, manager of NCDOT’s UAS Program Office. “We found that not only does it save thousands of dollars, but using drones instead of traditional ground-based reconstruction techniques also cuts the time each reconstruction takes from almost two hours to less than half an hour.”

To follow up, the groups involved wanted to study using drones in low-light reconstructions, to see if it was possible and, if so, how much and what type of lighting needs to be brought to a scene.

A new study, conducted by RTI International and UNC Charlotte, found that it is possible to use drones in low-light collision scene reconstructions and still get useable, high-quality images.

“Provided they use the right kind of equipment, drones are capable of producing high-quality collision reconstructions in darker settings,” said RTI lead researcher Joe Eyerman. “Obviously, many collisions occur in less-than-perfect conditions, so knowing that the Highway Patrol can still use this technology is great news.”

The full text of the study by RTI and UNC-Charlotte can be found online. Joe Eyerman and others will be speaking about drone-based research happening in North Carolina at the N.C. Drone Summit in Greensboro at 9:30 a.m. Monday. Then at 10:30 a.m., the summit will feature the N.C. State Highway Patrol demonstrating using drones for collision reconstructions.