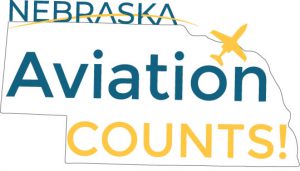 GBA is excited to announce its partnership with the Nebraska Department of Transportation Division of Aeronautics for Nebraska Aviation Counts!, a study to measure the economic impact of aviation in the state. This partnership will be led by Ed Young, GBA’s aviation market leader, and Ronnie Mitchell, the Nebraska Department of Transportation’s Director of Aeronautics.

Young briefed Nebraska Airport Managers at the 4 States Airport Conference in August and announced that the study’s kickoff meeting will be on October 12, 2018 at the Duncan Aviation Facility in Lincoln, Nebraska, at 3:00 p.m.

“Nebraska Aviation Counts! will provide support tools for airport authorities and managers, which will allow them to make an effective presentation concerning the economic impact of their airport,” said Mitchell. “This will not only be a snapshot of the economic impact of aviation in Nebraska, but instead a living document where information can be continuously updated on the study’s website.”

By measuring the impact of airports, Nebraska will have the tools to demonstrate the role aviation plays in the state’s economy. A survey to collect data will be conducted by field personnel and online, with an estimated completion date of October 2019.

“Nebraska Aviation Counts is not a slogan, it is a fact,” said Young. “From saving crops with aerial spraying to doctors flying across the state to serve rural communities, it is important to know how much aviation matters to the people of Nebraska.”

As the project’s lead consultant, GBA will work alongside a group with aviation experience ranging from local to national. Nebraska Aviation Counts’ team is comprised of Olsson Associates, Marr-Arnold Aviation Planning, Kimley Horn Associates and Dr. Christopher Decker from the University of Nebraska Omaha. GBA’s work in Nebraska spans back to the 1990s, with an office established in Omaha in 2010.