Duncan Aviation has announced that Ed Reeve, III, has accepted the position of Manager of Duncan Aviation’s St. Louis satellite avionics facility at the Chesterfield Airport in Missouri. In addition to growing the shop, Reeve plans to continue to provide customer support, install Wi-Fi, and install/upgrade avionics systems to comply with the ADS-B mandate prior to 2020. 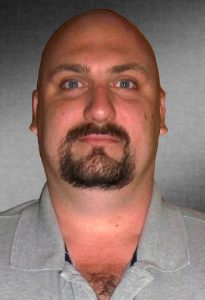 Until recently, Jeff Aman has been the Manager of both the Duncan Aviation Kansas City and St. Louis Satellite shops. He will remain Manager of the Kansas City shop. Now both Aman and Reeve will be able to focus on the ever-growing customer bases on their respective sides of the state.

“We are very happy to have Ed take the leadership of our St. Louis Satellite,” says Matt Nelson, Manager of Satellite Operations. “Ed has some great ideas and a lot of passion and energy for the job. It’ll be fun to watch our shop in St. Louis grow.”

As a second-generation avionics tech, Reeve knew his career path from an early age. After taking the Avionics Technician Course, A1, in the United States Marine Corps, Reeve transitioned to Avionics Tech on Sikorsky CH-53E helicopters. Back in civilian life, Reeve, worked with his father for nine years as an Avionics Lead for Challenger and Global Express completions at Midcoast Aviation in the St. Louis area.

Moving on to Executive Beechcraft/Signature TechnicAir, Reeve took on the role of Avionics Supervisor, and, in 2011, he joined the Duncan Aviation family as a Team Leader for the St. Louis Satellite facility. In addition to his stellar work ethic and avionics abilities, Reeve’s skill at smoking pork and beef roasts, ribs, and Italian sausages is legendary.

Reeve and his wife Tammy recently celebrated their 21st anniversary, and they have two children: Ali (15) and Devon (12). Although free time is relatively rare given the kids’ involvement in various sports, Reeve and his family enjoy almost anything outdoors, including Boy Scouts, camping, boating, fishing, and bow hunting.