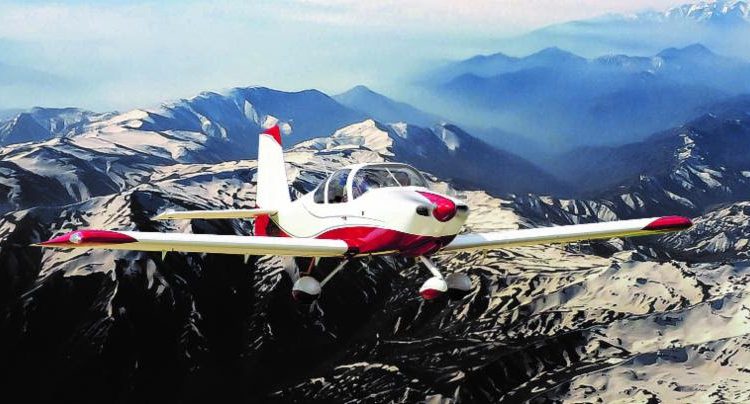 BRS Aerospace has developed a whole aircraft parachute rescue system on Van’s RV-10 homebuilt aircraft. The company is accepting orders for the system, which is priced at $25,990, plus shipping.

The RV-10 parachute rescue system is similar to the certified retrofit system available on Cessna 172 and 182 aircraft and the one that is installed in all Cirrus piston powered aircraft, except that an aircraft builder owners or mechanic is permitted to perform the installation, rather than an A&P. The installation should take 48 hours to complete or up to 78 hours if the aircraft is equipped with an air conditioning system.

BRS Aerospace estimates that more than 800 aircraft are eligible for the company’s whole aircraft parachute rescue system. The system will fit into the rear luggage compartment with the activation handle located in the center console. There are two rear and two aft attach points for the parachute.

BRS has the only FAA/EASA certified aircraft parachute systems for Cessna 172/182s available in the marketplace. The level of safety provided by the ballistic recovery system for owners and operators of Cessna 172s and 182s is comparable to a similar system on the world’s best-selling single-engine piston powered aircraft.

Recently, an independent statistical analysis concluded that the Ballistic Recovery System significantly reduced the odds of experiencing a fatal aircraft accident when deployed. BRS has documented a total of 399 lives saved when the BRS system was deployed.

BRS Aerospace is the world leader in whole aircraft parachute systems with more than 30,000 systems delivered to aviation segments including Light Sport Aircraft, experimental aircraft, ultralights, unmanned vehicles, military aircraft, and FAA/EASA Type Certified general aviation, including the most popular piston-powered aircraft in production today. The system is designed to be a last resort for pilots and passengers when all other attempts to recover the airplane in case of emergency or pilot incapacitation have failed.

BRS Aerospace’s current whole aircraft parachute system for fixed-wing aircraft design calls for a parachute ballistic launcher to be installed in the aircraft with either a pilot-initiated activator located in the cockpit or an automated activation system. Upon activation, a ballistic rocket propels a parachute into the airstream to slow the airplane and float it down into a survivable vertical landing.

BRS Aerospace was founded in 1980 in South St. Paul, Minn. It has manufacturing facilities at the South St. Paul Municipal Airport and in Pine Bluff, N.C. The system has been successfully deployed multiple times. For more information go to www.brsaerospace.com.