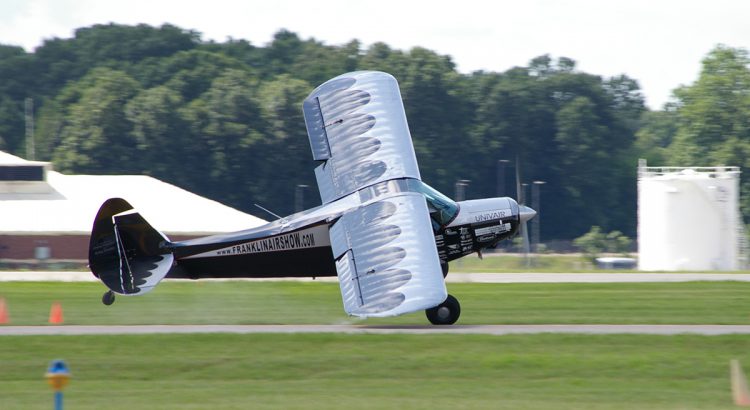 Story and Photos by Kenn Potts

The Battle Creek Field of Flight Air Show and Balloon Festival returned to the Battle Creek Executive Airport at Kellogg Field in 2021. The Air Show and Balloon Festival was cancelled in 2020 due to Covid 19 restrictions. This was the first time in the history of the event that it was cancelled. The 2021 event ran for five days beginning Wednesday, June 30 at 5 p.m. and concluded Sunday, July 4 with fireworks at 10:30 p.m.

The Misty Blues, the all-Female Parachute Team made up of 13 women, performed several jumps during the event. The Misty Blues have been performing since the early 1980’s.

Kyle Franklin with the Flying Circus Comedy Act provided laughs for the crowd, and the Wall of Fire (several of them) made by Fire Walkers International Pyro, drew plenty of oohs and ahs.

Mark Smith performed in the AFTERSHOCK Jet Fire Truck. The truck is a 1940 Ford Fire Truck with twin Rolls-Royce Bristol Viper Jet engines totaling over 24,000 horsepower. This truck holds the Guinness speed Record for fire trucks at 407 mph. (See below)

Chachi “Rocketman” Valencia being shot out of a cannon at 55 mph and heights over 65 feet! The Rocketman Valencia has 23 years of Human Cannonball experience.

A Twilight and Night Air Show with Pyro were held on Friday, July 2.

Balloon launches and balloon illume were scheduled on Wednesday, June 30 and Saturday, July 3.