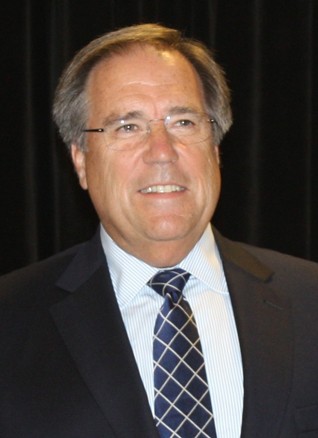 Craig L. Fuller, president and chief executive officer of the Aircraft Owners and Pilots Association, has notified AOPA’s Board of Trustees of his intent to step down from his position and from the Board. He plans to remain in his current role until a successor is ready to assume the position. The Board will conduct a national search for his successor. Following the decision to leave AOPA, the succession process was developed by working together, said William C. Trimble III, Chairman of the Board.

Fuller, who took office January 1, 2009 and is only the fourth president of AOPA since the association’s founding nearly 75 years ago, will assist with the search for a new president and the transition to a new administration.
In conveying his decision to the Board of Trustees, Fuller, 62, noted that he made a five-year commitment to AOPA when he was appointed president. As he approaches the fulfillment of that commitment, he said he is looking forward to taking on new challenges and opportunities. "I have flown since age 17, and flying has been part of my life ever since. I will always be grateful to the AOPA Board of Trustees for having given me the opportunity to serve the general aviation community and AOPA’s 385,000 members in a leadership position," said Fuller. "It has been a privilege to work with my colleagues on a strong set of initiatives that have built on the decades of hard work by AOPA Trustees and members of the management team. With the end of my five-year commitment approaching, this is an appropriate time for me to consider new opportunities and allow the Board time to recruit a successor.
"The process of finding a new leader can now go forward as all of us at AOPA roll up our sleeves to fight the day to day battles that seem to keep coming our way," said Fuller.  "The team will not miss a beat this year as we lay the groundwork for the future."
"During his more than four years as president of AOPA, Craig served nobly and professionally. He has advocated strongly on behalf of the general aviation community in Washington, built bridges with the other aviation associations, improved member communications and generated promising ideas for tomorrow," said Trimble. "We recognize the importance of finding a leader who can continue to inspire all of us in these challenging times. We are focused on finding a leader who shares our vision and convictions as well as the talent and capabilities necessary to achieve our goals."
Trimble, who has chaired the AOPA Board of Trustees since 2005, said the Board will form a search committee shortly and retain an executive search firm to begin looking for AOPA’s new leader.
Since 1939, AOPA has protected the freedom to fly for thousands of aviators and aircraft owners. From its headquarters in Frederick Md., offices in Washington, D.C. and seven regions of the U.S., its representatives interact with local, state and federal elected officials and government representatives to ensure the safe and steady growth of general aviation. AOPA offers members a variety services, including flight planning products, safety seminars and studies and publications, as well as insurance, legal, aircraft financing and title services.
Attachment: