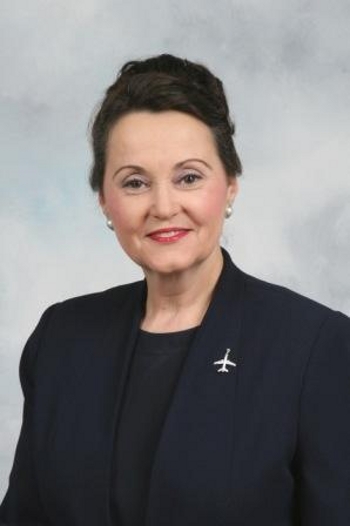 In an effort to guide future enhancements of the state’s aeronautics system, Illinois Department of Transportation (IDOT) Secretary Gary Hannig announced this week the start of a statewide aviation economic impact study to measure the local economic benefits of Illinois’ system of airports. Over 100 airports statewide will be examined during the 18-month study and will guide IDOT’s Division of Aeronautics and aviation and economic development leaders as they push to enhance the state’s aviation network and create more jobs.

Dr. Susan Shea, IDOT’s Director of Aeronautics (Shown at right) said the information gained from the study will provide a benchmark for planning and future enhancement of the state’s overall aeronautics system.

Secretary Hannig said they are extremely pleased to initiate this study to explore and identify unique local benefits of Illinois’ Aviation System. The Illinois’ airport network is one of the largest and most diverse aviation systems in the nation and according to Hannig, the finished economic study, following federal guidelines, will yield a thorough analysis of the positive impact of each airport within its respective community.

A press release issued by the IDOT said measuring the individual and collective economic activities stemming from the airports, including the state’s commercial service facilities, will provide a comprehensive analysis to the public, government officials and other stakeholders of how the state benefits from the presence of each Illinois airport.