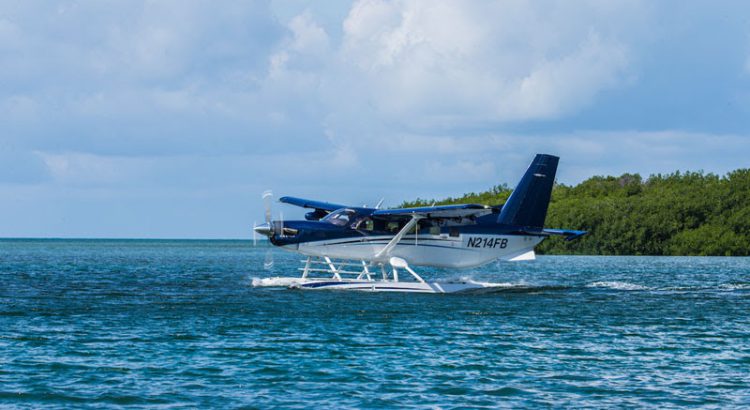 Made up of roughly 1,200 coral islands, the Republic of Maldives is world renowned for its “one island, one resort” ultra-luxury resorts, and each year continues to draw a growing number of tourists from around the world. Seaplanes are the primary means by which tourists travel to each resort from the international airport through which they enter the country, and the scale of seaplane operations is among the largest in the world.

The Kodiaks being delivered to Sky Atoll Private will be utilizing the Aerocet 6750 straight floats, which were certified on the aircraft earlier in 2017. The Kodiak 100 is available with either straight or amphibious Aerocet composite floats. Thanks to its original design parameters, the Kodiak does not require any structural changes or aerodynamic fixes for float operations, which in turn makes it a highly stable seaplane. It’s also the fastest seaplane once airborne, cruising at 162 ktas.

“We are pleased that after a rigorous operational evaluation in the Maldives the Kodiak proved that its robust construction and short field performance made it the ideal aircraft Island Air Service’s single-engine float operations,” said Rob Wells, CEO of Quest Aircraft Company.

Island Aviation Services Ltd is a state-run airline established by the government of the Maldives in 2000. It operates both domestic and international flights under the Maldivian brand name, and also operates seaplanes.