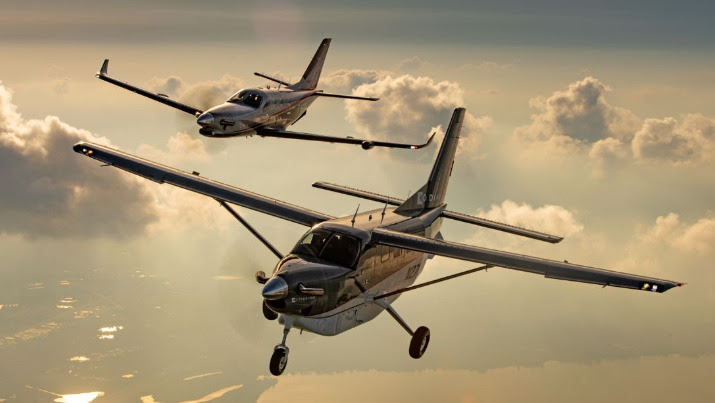 Daher Group has announced the acquisition completion of the Sandpoint, Idaho-based Quest Aircraft Company, marking a major milestone in the French corporation’s growth of its North American operations.

With the acquisition of Quest, the Daher Group is now able to deploy its full range of activities in North America: aircraft manufacturing; the production of systems and equipment; along with the supply of logistics and services. This brings the company’s successful business model – which covers both industry and services – to one of the world’s largest aerospace markets.

As a major supplier of logistics services and aerostructures to leading aerospace industry companies, Daher now joins the world’s aircraft manufacturers that have final assembly lines on multiple continents. Daher builds the family of TBM very fast turboprop aircraft at its Tarbes, France facility, while the Quest Aircraft Company assembles the Kodiak utility airplane at Sandpoint in the U.S.

“Our acquisition of the Quest Aircraft Company is perfectly aligned with Daher’s strategy to intensify its business footprint in America,” said Daher CEO Didier Kayat. “In addition to adding the Kodiak to our aircraft portfolio, we have now gained a major competitive advantage for all of Daher’s aerospace business lines in North America.

”By expanding its product line to include both the Kodiak and TBM, Daher becomes the seventh-ranked general aviation airplane manufacturer worldwide and strengthens its position as a leader of high-end single-engine turboprop aircraft. The TBM is the world’s fastest single-engine turboprop-powered airplane, with more than 950 delivered to owners and operators around the globe. The Kodiak is an all-terrain multi-mission aircraft, with more than 270 in use worldwide by air-taxi, recreational and leisure operators, along with businesses, pilot-owners and humanitarian organizations.

“The integration of Kodiak into Daher’s aircraft family provides us with excellent commercial, industrial and geographical synergies,” explained Nicolas Chabbert, Senior Vice President of the Daher Airplane Business Unit. “In addition to its production capacity, the Sandpoint, Idaho facility becomes part of our direct sales and maintenance networks, enabling Daher to maintain its competitive edge in the turboprop aircraft sector.”