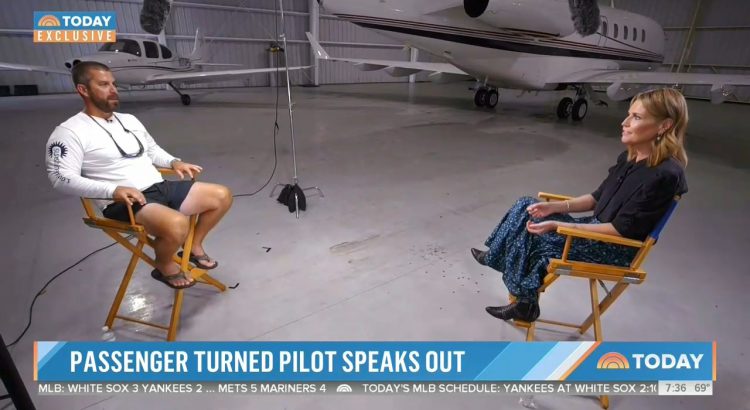 Darren Harrison, the passenger who landed a plane after his pilot lost consciousness, detailed the heroic experience in an exclusive interview with TODAY’s Savannah Guthrie. Harrison described his determination to survive for his wife and unborn child, and recalled thinking, “I can’t die today. Today is not my day.”

Harrison described how he leapt into action despite not having any flight experience, saying, “Just common sense, I guess, being on airplanes, because I knew if I went up and yanked that the airplane would stall. And I also knew at the rate we were going, we were probably going way too fast and it would rip the wings off the airplane.”

Guthrie also spoke with Harrison’s pregnant wife Brittany, who described the moment she feared Darren was in danger after she received a call from him ahead of his expected arrival time. “A year ago in April, we lost my brother-in-law while my sister was six months pregnant. And when I saw his name on the phone, I told myself, God, we can’t do this again. I don’t think I can do it again. And thankfully we didn’t have to,” she said.