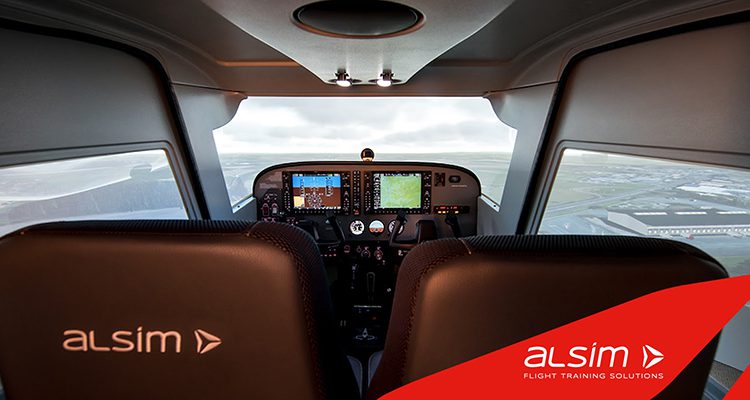 Alsim announced the sale of an AL172 simulator to Paragon Flight Training in Fort Myers, Florida. This will be the third Alsim simulator in the state of Florida since its US office opened in mid-2017.

The AL172 is an exact replica of the Cessna 172 SP Skyhawk NAVIII. It features real Garmin G1000 NXI avionics and is equipped with the Alsim High Definition Visual System (HDVS). The AL172, due to the HDVS, provides students with the sense of motion in a fixed-base device. This immersion and depth perception allows the simulator to be used for even your most basic PPL training, cutting down time and costs required in an aircraft, in addition to instrument and other flight training.

“My team and I knew we wanted an exact replica of a new C172 with a real NXI. Over the past year, I spoke to and tested flight training devices from multiple simulator manufacturers. When asked to perform 90-degree bank right during my Alsim flight demo, I felt so immersed the first thing I did was look out the window for traffic. This, combined with Alsim’s excellent reputation for reliability and service, made it a clear and easy choice.” says Chris Schoensee, President of Paragon.

The AL172 simulator will perfectly complement Paragon’s standardized fleet of Cessna C172 technically advanced aircraft (TAA) all of which are equipped with Garmin G1000 avionics. Paragon, a FAA approved Part 141 flight school, specializes in recreational and commercial pilot programs for both domestic and international students.  In addition, Paragon is a VA approved training provider and offers a degree program with federal funding though their partnership with Liberty University’s School of Aeronautics. Being a FTD Level 5 device, it will be used extensively in these two programs to increase student proficiency and reduce overall cost to the student.