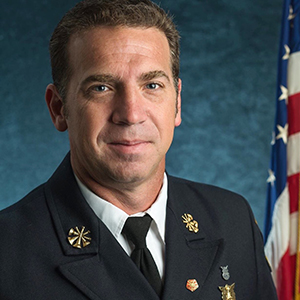 The Lee County Port Authority (LCPA) has named Tracy Wayne Young as chief of the Aircraft Rescue & Fire Fighting (ARFF) department. He will be responsible for managing all ARFF services including the planning and coordination of aircraft rescue, firefighting, medical response, fire safety, disaster preparedness and development of training programs for the 42-member department at Southwest Florida International Airport and Page Field in Fort Myers.

Young has a bachelor’s degree in fire science from Columbia Southern University in Alabama. He holds many certifications including Firefighter I & II, Airport Firefighter, Fire Officer IV, Fire Instructor III and Fire Inspector III. He is also certified as a paramedic by the National Registry of Emergency Medical Technicians and received the Chief Fire Officer designation from the Center for Public Safety Excellence.

Young has received numerous awards and recognition during his career, including the WPAFB Firefighter of the Year in 2006, the Air Force Material Command Heroism Award in 2014 and the Air Force Civilian Achievement Medal in 2017.