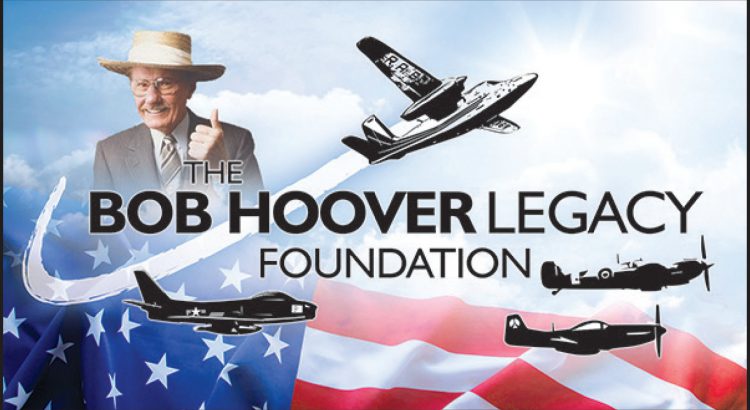 The Bob Hoover Legacy Foundation is now in its third year of carrying on the mission left it by the late Robert A. ‘Bob’ Hoover – arguably one of the most pivotal figures in the civilian and military aviation community. No less an expert than Jimmy Doolittle said, “Bob is the greatest stick-and-rudder man that ever lived.”

The Bob Hoover Legacy Foundation was established by Bob prior to his passing in October of 2016. Its purpose is to perpetuate the dedication to excellence, integrity, leaning and mentorship that drove his legendary aviation career by financially supporting educational institutions and the development of the next generation of American aviation leadership. The Foundation is a 501C3 tax deductible organization.

The efforts undertaken in 2018 continued an aggressive scholarship outreach program in which some $150,000 was awarded to deserving full-time, undergraduate students enrolled at either the Prescott, AZ or Daytona Beach, FL campuses of Embry Riddle Aeronautical University.

Outreach efforts to major aviation organizations and extensive conversations were undertaken in order to better target and plan future programs and efforts designed to promote a positive future for the aviation world.

Aviation events, like the 2018 AirVenture EAA Fly-In and the corresponding Evening With Bob Hoover Dinner Event brought together many who loved and appreciated Bob’s lifetime of service, and also offered the Foundation the opportunity to award the first-ever Bob Hoover Award of Aviation Excellence to the exceptional volunteers and pilots who flew more than 2 million EAA Young Eagles in 90 countries since the program’s launch in 1992. This effort was a particular favorite of Bob’s…

While there were many other notable efforts and successes on the part of the Foundation during 2018, BHLF has no intention of resting on its laurels… but in planning and implementing an aggressive vision whereby Bob’s mission may be carried forward in a matter befitting his incredible legacy.

Other programs are under careful consideration and the Board has plans that will be announced in the not too distant future.