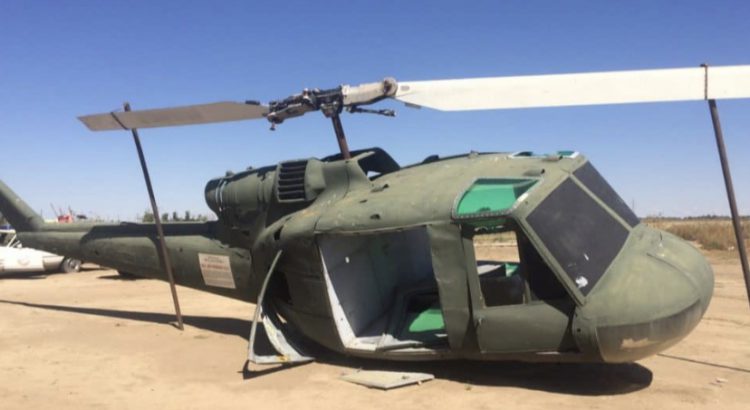 The Spirit of Flight Foundation, located in Westminster, Colorado, is working on an upcoming feature film, entitled Flight For Life, which is currently in development in Colorado.

The story centers around a former Army helicopter pilot turned flight instructor/parts runner, who is on the brink of life after the FAA grounds his plane for maintenance issues.  The plane is his sole source of income, which is already scarce, and his wife has made the decision to leave him the same day as the plane is grounded. The pilot adds to the situation by falling off the wagon and back into a drunken state of mind, which pushes him to try and end his life.

Alcohol and pills don’t work, so he decides to take his plane on one, final flight, but as he is preparing the plane to leave an uptight millennial approaches him to charter a flight to Salt Lake City, Utah.  The pilot reluctantly agrees to take the passenger with him after the millennial pays a wad of cash, money the pilot thinks could be the answer to getting his wife back.

However, during the flight the engine of the plane fails and they crash in the mountains of Colorado.  The two have to work with each other to get out of the mountains and to a location they can be rescued in time for the millennial to get to Utah to save his father by donating a kidney. After five grueling days in the mountains they are found, thanks to a creative solution to send out a rescue signal.

The millennial saves his father in time, and the pilot discovers he knows the father from a helicopter rescue mission in Afghanistan, years earlier.  The entire situation gets the pilot to reconsider his life on earth, a life worth living.

“Our goal is to bring awareness to veteran and general public suicide,” said Gordon R. Page, producer and host of the TV Show Chasing Planes, who is also the Founder and President of the Spirit of Flight Foundation. “I co-wrote the story, which is close to my heart, and I am excited to help produce this important film.”

The Spirit of Flight Foundation will be working with Veterans on the production team who will work behind the camera in various departments, such as camera, grip, art, and the director’s team.  “It’s a win-win, for the film itself, which qualifies for non-profit funding, and for our veterans to be able to work within a larger cast and crew, alongside Hollywood and industry professionals”, said Meryem Ersoz, who will mentor Veterans in the film.

By partnering with the non-profit Spirit of Flight Foundation, the filmmakers will be able to place veterans on the film crew through tax-deductible donations. “This film is a good fit for our dual mission of preserving aviation history and honoring military veterans,” said Page. The Spirit of Flight Foundation will be providing a wrecked Cessna 210 airplane for the production.

“Twenty-two veterans a day take their life,” says Meryem Ersoz, who co-wrote and will be the director of the Flight for Life movie. “The message of this film is that life is better with you in it.”

Funding of the movie is being done with tax-deductible donations and will help to establish a new, repeatable model for employing veterans in film in Colorado. The filmmakers have set a goal of adding at least 5 trained veterans to their 30-person crew, but they hope to be able to do more, if their community outreach through the Spirit of Flight Foundation is successful. “This is a project that God put on my heart and I wrote it during the Covid down time,” said Page. “If we save one life then we have done our part.”

Visit flightforlifemovie.com for more information on the how to donate to the Flight for Life movie production.