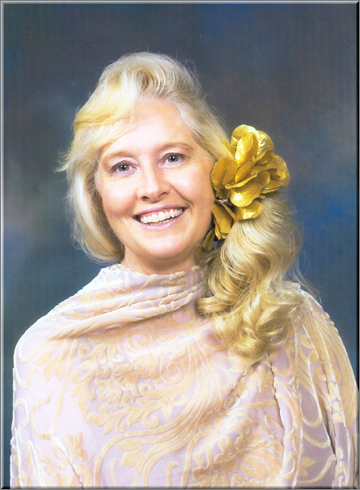 Penny Rafferty Hamilton, Ph.D. of Granby, Colorado was honored as a 2013 inductee into the International Forest of Friendship, in Atchison, Kansas during ceremonies in June.  The is a living, growing memorial to the world history of aviation and aerospace.  She was recognized for her lifetime achievements in aviation.

Hamilton, a longtime contributor to the State Aviation Journal and AVED Journal, has earned academic degrees from Temple University, Columbia College, and the University of Nebraska. She has written numerous general aviation articles over the past 20 years. In 2012, she earned the National Aviation Journalism Award from the National Association of State Aviation Officials. In 2011, Dr. Penny Hamilton was inducted into the Colorado Aviation Hall of Fame.

Penny co-holds a World Aviation Speed Record with her husband, Bill, set on October 22, 1991. She is the volunteer Executive Director of the Teaching Women to Fly Research Project, which focuses on barriers to general aviation flight training success for women, partially funded by the prestigious Wolf Aviation Fund. She also volunteers to direct the Colorado Airport History Preservation Project, partially funded by the National Endowment for the Humanities and Colorado Humanities. Currently, Dr. Hamilton is writing two books about the field of aviation: 1001 Inspirational Thoughts For and By Real Women in Aviation and Effective Interpersonal Communication Techniques for Flight Instructors: 25 Secrets to Success. Gordon Page from the Spirit of Flight Foundation proudly sponsors Penny’s induction to the International Forest of Friendship.

The International Forest of Friendship was a gift to on the Nation’s 200th birthday (1976) from the City of (Amelia Earhart’s birthplace) and the Ninety-Nines, the International Organization of Women Pilots.  It is made up of trees representing all the 50 states and 35 countries around the world, including a “moon tree” grown from a seed taken to the moon on Apollo 14.  Among the more than 1300 honorees are such internationally recognized flyers as Amelia Earhart, Charles Lindbergh, the Wright Brothers, Sally Ride, Eileen Collins, and Chuck Yeager.  The public is invited to the induction ceremonies which are held during the 2nd weekend of June (June 13-14, 2014).  More information about the , and points of contact are at www.ifof.org