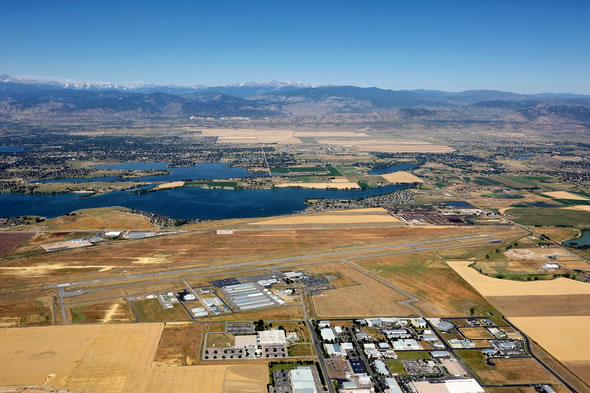 Searidge Technologies is headquartered in Ottawa, Canada and specializes in airport surface management using innovative technology solutions. Searidge Technologies was the first company to have an operational video surveillance system in an air traffic control tower, and now has video-based airport surface management technology implemented at 30 airports located in 16 countries.

“Searidge is looking forward to working with the FAA and CDOT Aeronautics to certify one of the first Remote Towers in the United States,” said Moodie Cheikh, Co-founder and CEO, Searidge Technologies. “We are confident in our team and our technology to deliver a flexible solution that will not only meet needs of FNL but also demonstrate how such a system could be used around the country to provide safe, cost effective control services.”

This leading edge project will be the first in the world to integrate both video and track-based surveillance (radar) to provide a comprehensive view of the airport surface and Class D airspace to air traffic controllers working in a remote facility. The high-tech array will provide an enhanced view and situational awareness of the airport environment and Class D airspace that will be superior to that of a traditional airport traffic control tower, with construction, operational and staffing costs dramatically lower than necessary with a  traditional control tower.

The Remote Tower System Project is a strong collaboration between the FAA, Northern Colorado Regional Airport, and the Colorado Division of Aeronautics. “ The success of this project is dependent on the strong partnership we have developed with the FAA and Northern Colorado Regional Airport. This unique synergy will help establish Colorado as a leader in the next generation of air traffic control technology.”, said Colorado Division of Aeronautics Director, David Ulane.

The Colorado Airport System consists of 74 public use airports that support over 265,000 jobs, provide $12.6 billion in annual payroll, and $36.7 billion in total annual economic output for the State of Colorado.

More information about the Colorado Division of Aeronautics can be found at Colorado-Aeronautics.org