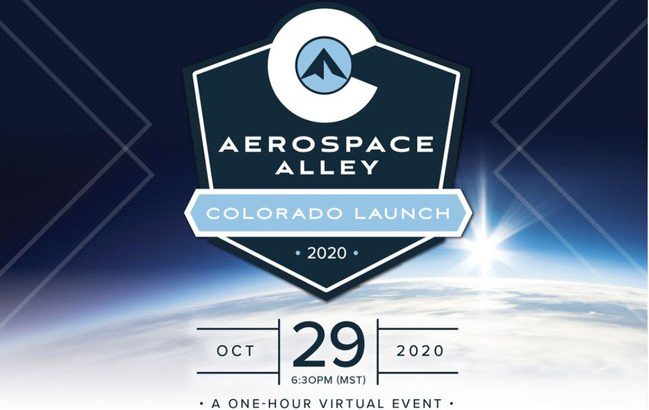 This week, key organizational partners across Colorado, hand in hand with some of the nation’s leading aerospace and aviation companies, well-known industry personalities, and education leaders, will launch the “Aerospace Alley” initiative. This new initiative was created in an effort to celebrate the aerospace and aviation innovation underway across the State of Colorado and will focus on recruiting ambassadors and industry champions to support the growing demand for industry talent in the state.

Surpassing the states of Florida and Texas, Colorado has become the nation’s second largest aerospace economy, behind only California, according to the U.S. Department of Labor & Statistics. Given the vast population difference between Colorado and California, this means that Colorado now has the highest per capita aerospace industry in the nation. The total aerospace industry contributes more than $15 billion to Colorado’s economy on an annual basis and is rich with opportunity for new jobs amidst the nation’s now struggling economy.

“For nearly 70 years, the combination of Air Force presence, open space, high altitude, and space-related science has made Colorado an increasing hub for the nation’s aerospace economy. But because of a long history of developing rocket engines, space defense tools, and GPS satellites, and because we have not served as a physical rocket launch site due to our inland geography, little is spoken about aerospace here in Colorado,” said Major General John Barry, co-founder of the Aerospace Alley initiative and President and CEO of Wings Over the Rockies. “That is all about to change, though, thanks to the increasing commercialization of space and the sheer amount of training and talent our state brings to the aerospace industry.”

Much in the same way that Silicon Valley earned its title as a result of a remarkably large concentration of small tech companies clustering in the greater San Francisco area, Aerospace Alley in Colorado is already home to more than 500 aerospace companies today. Of those 500 companies, 64% currently employ less than 10 people.

“Our robust and dynamic aerospace ecosystem deserves an identity to protect it and nurture it,” said Dianne Primavera, Colorado’s Lieutenant Governor and the current Chair of the Colorado Space Coalition. “This week’s formal launch of America’s ‘Aerospace Alley’ will do just that; by capturing the unique collection of industry, educational, and cultural partnerships that allow Colorado’s Aerospace industry to thrive. ‘Aerospace Alley’ will ensure that Colorado continues to lead, to innovate, and to grow in the crucial aerospace industry.”

Today, Colorado’s aerospace companies are leading the next generation of GPS and military space operations, creating innovation in solar and electric-powered aviation engines, and studying the science of black holes, neutron stars and pulsars. The state is also home to numerous military space commands, federal agencies, and specialized educational institutions all fostering breakthrough research in the field.

The Colorado Space Coalition has helped recruit some of the nation’s top aerospace companies to the state, so Colorado is well-positioned to provide the hands-on training the workforce needs today. As the industry continues to expand into an increasingly commercialized sector, it will also need more manufacturers, people with entrepreneurial and business skills, legal expertise, communications, and problem-solving abilities as well. Major educational partners are now also providing formal classroom education, across all ages, to help fill the critical and high-paying roles that aerospace offers.

“From K-12 STEM programs, to post-secondary aerospace programs, state educational institutions such as the University of Colorado at Boulder, the Colorado SKIES Academy in Denver, and Spartan College in Broomfield, a technical college focused on this industry, we are readying more astronauts, aviation technicians, pilots, engineers and scientists here in our state to feed the industry’s ongoing drive for innovation,” said Nicholas Brown, Campus President at Spartan College of Aeronautics and Technology.

To celebrate Colorado’s strong and thriving aerospace industry and workforce training infrastructure, and to learn more about the Colorado Aerospace Alley initiative, go to www.WingsMuseum.org/launch to register for the Aerospace Alley launch event this Thursday, October 29, 2020.