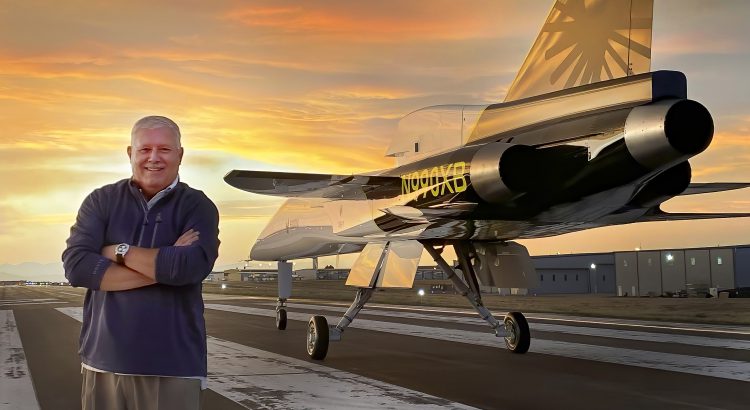 Since 1969, this prestigious award has recognized individuals who have made significant contributions to aviation in the state of Colorado.

“This award is, without a doubt, the highlight of my career,” Olislagers said. “To be able to join more than 200 other aviation greats from this state—like Apollo 13 astronaut Jack Swigert, first female airline Captain Emily Warner, and aviation pioneer Elrey Jeppesen—is truly humbling.”

Olislagers joined Centennial Airport in 2000, after a nationwide search for a new executive director. In his 21 years at the helm, he authored Public Law 108-7, Sec. 321, which was signed into law in 2003 and restored federal funding to Centennial Airport which was lost in 1999. Additionally, he tripled the airport’s asset value and raised its yearly economic impact from $815 million in 2008 to $2.1 billion in 2020.

Candidates for selection into the Aviation Hall of Fame must have a sponsor and undergo a rigorous review by a five-member panel. Candidates must present a personal profile with well-detailed documentation.

“While we, obviously, look for significant contributions to aviation, we especially look for the candidate’s contribution to aviation in Colorado,” said Steve Kelly, president of the Colorado Aviation Historical Society. “Robert’s work at Centennial Airport, along with aviation security, development within the Denver metro area, and his legislative work— well, Robert had a lot going for him.”

Again, I am so humbled to receive this recognition,” added Olislagers. “However, I am well aware that such a singular honor like this is not a solo act—it is built upon the backs of a lot of people that have helped me along the way. To them, I am most grateful.”

Olislagers, along with laureate John “Johnny” Pinell will be formally inducted into the Hall of Fame at an Oct. 9 luncheon in Lakewood, Colo.

For tickets and information, contact Dave Kempa at dave@airdenver.com. Deadline for ticket sales is Oct. 1, 2021.