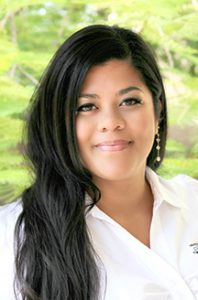 The Yuma County Airport Authority has announced that Ms. Gladys Wiggins, C,M., Yuma International Airport Director, has been recognized as the 2017 Airport Executive of the Year award by the Southwest Chapter of the American Association of Airport Executives (SWAAAE) at their annual summer conference held this year in Newport Beach, CA.

Only one award is given annually to commend an airport executive who has, among many other achievements provided public service to the community, exercised good management practices, and demonstrated high personal integrity and personal professionalism.

Ms. Wiggins has been with the Yuma International Airport since 2009. She was the Director of Operations and then promoted to Deputy Airport Director in 2011. In 2013, the YCAA did a national search for the next Airport Director in which Ms. Wiggins was selected amongst other professionals. Her involvement with SWAAAE began in 2010 where she became actively involved serving in many capacities. Ms. Wiggins served on the Board of Directors, as a Conference Committee Chairman, and currently serves as the Resolutions and Recognition Committee Chair.

In her current role as the Resolutions and Recognition Committee Chair she is responsible for ensuring and promoting both formal and spontaneous recognition of entities acting in support of SWAAAE. In addition to the past and present roles, Ms. Wiggins enjoys attending the conference and is typically the voice attendees hear while visiting exhibitors in between session, encouraging the networking opportunities between consultants and airport sponsors. Ms. Wiggins was recognized by Past President Richard Smith for her commitment to the organization, volunteering and enthusiasm, and received the 2016 SWAAAE President’s Award.

“This is recognition is very special to me and honestly I was surprised to receive the Executive of the Year from SWAAAE. It truly touches my heart and of course brought a smile to my face,” Gladys Wiggins said. “I never imagined being selected or nominated because I do everything for the future of aviation – not for recognition. I work hard and volunteer because I feel it is necessary, I treat people kindly and care genuinely because we should, not because someone may be watching, I am so grateful and thankful every day I wake up to say I love what I do. I do my best to be professional but personable without losing who I am as Gladys. I have a strong work ethic and put passion into everything I commit to. I have always been a go-getter. At the end of every day, I reflect and remind myself how lucky I am to be surrounded by wonderful people both at work and in my personal life who help me grow- in turn I hope I help others grow as well.”

This achievement is the second prestigious award announcement for Ms. Wiggins in recent months as she was recognized by the Arizona Airport’s Association as its 2017 Airport Executive of the Year in late May. “The addition of this award reinforces the tremendous impact Gladys has on our airport system. She exemplifies optimism, mentorship and leadership on a daily basis. We are truly blessed to have people of her caliber serving the City of Yuma, the State of Arizona and the Southwest,” said Ron Rice, Yuma International Airport’s Board President.

SWAAAE’s mission is to advance excellence in airport management by creating a forum for education, advocacy and professional development.

The American Association of Airport Executives is the world’s largest professional organization for airport executives. Its membership represents over 850 public use and general aviation airports across the U.S.

This is a wonderful award showcasing and highlighting the dedication and talent in this great County in the Desert Southwest. Without any doubt, the Yuma County Airport Authority, City of Yuma and Yuma County is proud it has some of the best professionals.