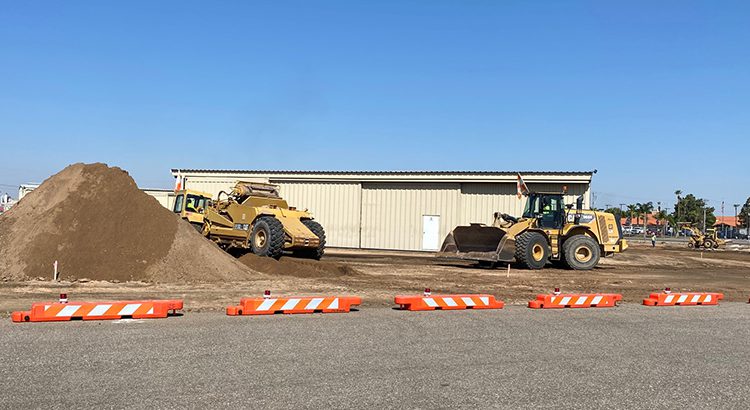 “This project is part of the Airport’s Capital Improvement Program and Yuma International Airport appreciates Federal grant funding received from the FAA for its successful completion,” said Airport Director, Gladys Brown. Ms. Brown went on to explain that these user-sourced funds are collected through fees included in airline ticket sales.

“The objective of this project is to improve approximately 98,000 square yards of paved aprons located in our general aviation areas on the northwest and western portion of the airport property,” Brown shared. “These project areas show signs of severe cracking and in some areas of spalling due to the extreme weather conditions. This construction project is an effort to preserve the pavement for the safety of the aircraft and reconstruct areas which cannot be preserved.”

Ms. Brown continued, “We’re very excited about this project especially because this project’s Engineer and Contractor are local Yuma businesses who are very experienced in doing work at the airport. One of the top goals of the Board of Directors of the Yuma County Airport Authority is to keep Yuma money in Yuma; and we’re proud Yuma has exceptionally qualified talent so we can keep and spend these grant funds in Yuma.”

The construction project, expected to begin early August, will be completed in phases allowing the airport staff to coordinate with local pilots so they have appropriate access to their aircraft, Ms. Brown, Airport Director explained. “We anticipate Cemex and NEI will successfully complete the project on time and as budgeted. The airport is excited to have ongoing construction to help improve the airport’s facilities to attract new interest in testing, research and mission training.”