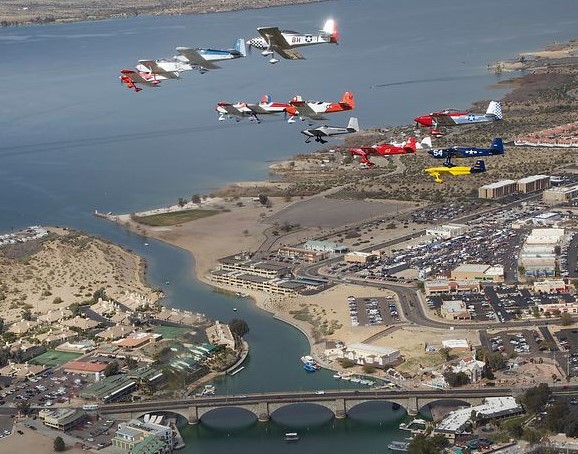 Photos and Brief by Robert Bob

This was the fourth year that this training has been held over the Colorado River. It was very successful. This training which includes ground school and hands on flight formation training is a must for those who wish to fly formation at fly-ins and airshows. The economic impact for the community was in the range of $8,000.