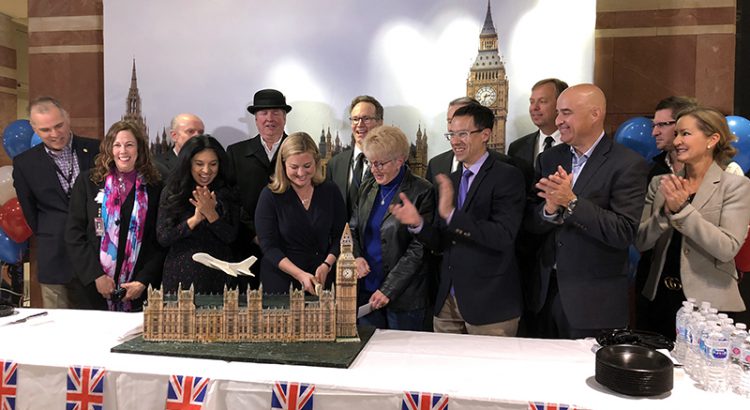 American will use the Boeing 777-200ER for the flight. It offers 273 seats with three classes of service: Business Class; Premium Economy; and Main Cabin Service. The daily flight leaves from London at 9:30 a.m., arriving in Phoenix at 12:30 p.m.  The Phoenix-London flight departs Phoenix at 3:10 p.m. and arrives in London at 9:25 a.m., making it convenient for both business and leisure travelers to make connections elsewhere in Europe.

This flight brings the number of flights per week to London to 14. British Airways continues to offer its daily nonstop service from Phoenix, departing at 7:45 p.m. International flights provide a vital boost to Arizona economy by bringing in about $3 billion each year.

For more information on this flight and other international routes operated from PHX, please visit skyharbor.com/flyphx.