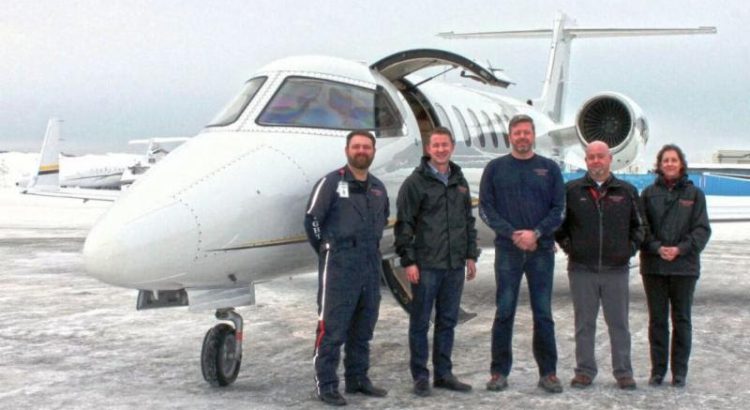 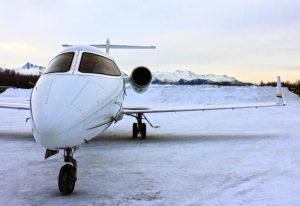 Guardian Flight LLC, a leading air medical transport company, is transitioning its medical jet fleet in Alaska to Learjet 45s. The first Learjet 45 will enter service this month based in Fairbanks.

In addition, Learjet 45s have a slower approach and circling speed than Learjet 35s. That will allow Guardian Flight pilots to attempt approaches into airports with lower cloud ceilings and lower visibility requirements than with the Learjet 35s in the past.

The change will also make circling approaches into some airports practical in situations where they have not been before. Learjet 45s have a larger cabin for improved patient care and family escort capabilities, medical staff performance and equipment storage.

Four of the newer Learjet 45s will be housed at bases in Fairbanks, Ketchikan, Anchorage and Juneau. The fifth Learjet 45 will operate as a backup when aircraft are out of service for routine maintenance or to meet higher flight requirements during times of higher demand.

Guardian Flight Alaska’s Chief Pilot Tim Manier said, “Our Learjet pilots are receiving training in the Learjet 45s at FlightSafety International’s base in Tucson, Ariz. We anticipate that the fleet transition to Learjet 45s will be complete by mid-summer provided the FAA can maintain its schedule on conformity and operational specifications.”

Guardian Flight contracted with Fargo Jet Center in Fargo, N.D. to convert the aircraft interior from passenger to medical configuration. The Guardian Flight Anchorage base serves as a maintenance hub for the company’s Learjet fleet in Alaska.

In addition to the five Guardian Flight jets flying later this year, the company also operates a fleet of 10 Beechcraft King B200s and a Cessna Caravan in Alaska. Guardian Flight employs more than 50 pilots for its Alaska operations, and a highly qualified medical staff consisting of flight nurses and paramedics.

Guardian Flight’s parent company, AMGH, is an industry leader in aviation safety with standards that exceed FAA and other regulatory agency minimums for training and aircraft equipment. AMGH is the country’s largest provider of emergent air medical services with more than 100,000 patient transports annually. Across the country, the company has more than 330 air base locations in 38 states with a fleet of more than 400 aircraft. Its team of more than 7,000 professionals is focused on safely transporting and caring for critically ill patients 24/7/365.